Doing their bit for Mother Earth: Shoppers at a hypermarket packing their purchases into recyclable bags that they brought along with them.

KUALA LUMPUR: As Malaysia’s disposable income rises, BMI Research forecasts that greater spending will be directed towards non-essential spending, such as leisure and entertainment activities.

“Within our household spending breakdown, essential spending (food and non-alcoholic drinks, housing and utilities, clothing and footwear, transport and communications) will account for approximately 59% of total spending, which is normal for a developing market.

“However, as Malaysia’s disposable income rises, we project greater spending to be directed towards non-essential spending,” it said in a note on Monday.

The research house said spending on non-essentials was projected to rise as the country’s middle income and above segment grows.

Average disposable household income country-wide is also expected to reach US$27,991 in 2021, an increase from US$22,398 in 2017. This growth in income will lead to greater spending on nonessential goods and services, as households have more disposable cash available.

“We believe that Malaysian households will put greater spending priority on leisure and entertainment activities as their incomes rise,” it said.

This, it said, was illustrated by a strong increase in household spending on restaurant and hotels, and recreation and culture, which will grow by an average 8.6% and 8.4% annually between 2017 and 2021, and be worth a projected RM110.5bil and RM74.4bil in 2021.

This is in line with global consumer trends, particularly in developed markets, where younger generations are placing growing emphasis on spending on shareworthy ‘experiences’ and other leisure activities. 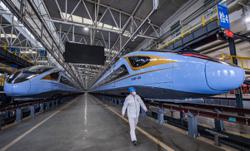