The Malaysian Rubber Glove Manufacturers Association (Margma), in a statement yesterday, said it had increased this year’s export sales target to RM16.2bil amid strong demand from overseas.

The figure is almost RM3bil higher than what was achieved in 2016.

“As of the present situation, all glove manufacturers are oversold and selling beyond their capacity to produce by over three or four months behind due to demand and labour shortage issues,” Margma president Denis Low Jau Foo told StarBiz when contacted yesterday.

A report by Maybank Investment Bank Bhd last month said that there was a “mild supply shortage” of rubber gloves due to the robust demand and supply cut from China.

This favourable condition has enabled some producers to increase their average selling prices to mitigate the impact of higher production costs.

“In terms of sales and volume, we are at an all-time high,” Low said.

In the stock market yesterday, shares in Top Glove jumped 38 sen, or almost 5%, to close at RM5.93 – its highest level since January last year.

The company will release its full-year results next week.

Low said the export volume and sales of rubber gloves could have gone even higher if not for the manpower shortage that has caused factories to operate below their optimum production capacity.

“Nowadays, we are discouraged from relying too much on foreign labour and have to spend additional capital expenditure to automate and modernise our factories. So, in a sense, we are starting a new factory once again,” Low said.

He said the Government should step in to help the industry strengthen its grip on the global market.

“We hope the Government can consider extending and expanding the reinvestment allowance in line with the industry’s aspirations to fully automate and modernise manufacturing plants across the country,” he added.

Low said one of the reasons for the recent surge in exports was due to production curbs in China.

“This is the more recent factor apart from the continued increase in hygiene awareness among the population worldwide. In China, the government has been actively closing vinyl glove factories which do not comply with environmental regulations,” Low said.

“Due to this, there has been a vacuum over the past few months from the reduction of producers in China today. And I expect China’s actions to continue further in the near future. Over there, it is the vinyl gloves while over here, we have the nitrile and latex rubber gloves,” he added.

He also said the increase in the adoption of gloves has caused demand to continually rise. 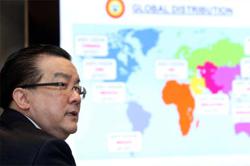 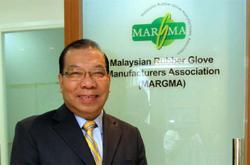 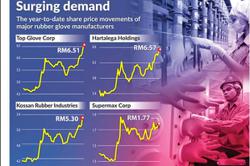