Singapore Press Holdings to cut over 200 jobs by year-end

SINGAPORE: Media company Singapore Press Holdings (SPH) said Wednesday it would cut 230 jobs by the end of the year as it accelerated a plan to lay off staff.

Like other media organisations worldwide, SPH’s core newspaper business has been hammered by the proliferation of online publications, with its advertising revenues and circulations falling.

The job cuts unveiled Wednesday were part of 400 lay-offs previously announced, about half of which had already been made.

But SPH originally planned to axe the remaining jobs by the end of 2018 -- now all the cuts will be made by the end of this year.

A substantial number of the job losses would come from the newsroom, said SPH, which publishes the English-language daily Straits Times and a stable of other newspapers and magazines.

”Profits from the media business are much weaker due to digital disruption,” SPH chief executive Ng Yat Chung said at a briefing announcing the company’s full-year earnings.

He said the “sharp reduction” of staff was needed “so we can have a media business that is leaner and more orientated to the current media environment, but (also) recognising that print still has strong legs”.

Ng said there were no plans to shut down any newspapers in the company’s stable.

Despite the problems in the media sector, the chief executive said other parts of SPH’s business, including its property arm, were doing well.

SPH said its group net profit for the financial year ended August came in at S$350.1mil, up 32% from the previous year.

The profit however was bolstered largely by a hefty S$149.7mil gain from partial divestment of its stake in the regional classified ads business.

Operating revenue for its core media business fell 13% during the year. 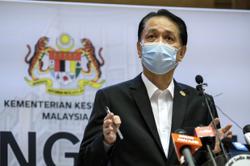