By The Alternative View M. Shanmugam

NOT far from the scene where crates of beer bottles were smashed last Thursday lies the regional headquarters of an international brewery.

Carlsberg Malaysia Brewery Bhd is located just across the highway from the Selangor state secretariat. The brewery was incorporated in 1969 and has been a significant contributor to the economy of Malaysia.

It directly employs 554 people and indirectly hires another 1,043 to promote the product. More importantly, Carlsberg contributes to the coffers of the government from its operations in Malaysia and Singapore.

The bulk of the sales are in Malaysia, where Carlsberg collected RM55mil in the goods and services tax in 2016 and another RM66mil in direct taxes. It paid RM754mil in excise duty to the governments of both Malaysia and Singapore from the sales.

. It is also located in Selangor, also not too far from the state secretariat where Sungai Besar Umno division head Datuk Seri Jamal Yunos smashed crates of beer bottles on Thursday.

Heineken paid RM1.3bil in excise duties and taxes to the Malaysian government last year. It employs 547 people directly and one can only assume that another 1,000 benefit indirectly as promoters and event managers.

Malaysia has the second-highest tax rates for beer in the world. Combined with the high consumption of beer, the industry is an important contributor to the coffers of the federal government.

It would be easy to fathom if such antics of breaking beer bottlers at the gates of the state secretariat comes from a leader of PAS, whose basic tenet is win support through religious causes.

But such action coming from an Umno division leader is a disaster. It sends the wrong message to the investment community. It would rattle any foreign investor wanting to put their money in the country.

However, the damage has been done. A video clip of the bottles being smashed has gone viral. It is a talking point among brewers, investors and corporate chiefs, especially now in the season of Oktoberfest.

Foreign investors generally are not able to differentiate that the act of smashing the bottles merely boils down to politics between the government and opposition. For them, it is a leader from the ruling party opposing Oktoberfest because beer is consumed in public.

And to show his displeasure, he smashed crates of beer at the state secretariat and walked away, without the slightest regret.

Their imagination would tend to run wild.

Sadly, there appears to be little thought process that goes on before such antics are carried out. The immediate and longer-term implications are great. And it affects Malaysia’s position in the already tough fight to attract foreign direct investment (FDI).

Unlike some 15 years ago, Malaysia is experiencing a declining trend in attracting FDI. The country is losing out to the likes of the Philipines and Vietnam, where the cost of operations is cheaper.

An investment flow report by the United Nations Conference on Trade and Development (UNCTAD) shows that nations with a low operating cost continue to gain against countries where the cost of operations is higher in the Asean region.

In 2016, investments into the Philippines increased by 60% to US$8bil, while Vietnam recorded a 7% increase to US$13bil.

Generally, FDI to the Asean region has dropped. It was down by 20% last year to US$101bil, according to UNCTAD.

Singapore is the biggest recipient of FDI in the region, towering above the rest. Last year, it attracted US$62bil, which accounts for 61% of the US$101bil that flowed into the region. Singapore’s destination as an established financial hub and a country with liberal economic policies are factors weighing in its favour.

The second-highest recipient of FDI in the region is Malaysia, which managed to garner US$10bil last year.

It is only 10% of the total amount of money that flowed into the region. However, it is higher than what Indonesia managed to attract last year.

But Indonesia, with a population of 230 million people, has an edge.

It is the ideal place where companies in the new economy want to have exposure because of the huge domestic market. Indonesia has its very own billion-dollar start-ups such as Go-Jek that rival Uber and Grab.

It has attracted many companies operating in the digital economy merely because everybody wants a piece of Indonesia’s huge domestic market.

Coupled with a president who is enjoying support, it is a recipe for FDI success.

Being popular with foreign investors also has its downside. Indonesia suffers from volatility when money flows back to the US.

Towards the end of last year, the country saw an outflow of portfolio funds, affecting its total FDI numbers, because the US dollar strengthened after the win by President Donald Trump. Malaysia also suffered during that period. However, the funds came back strongly to Indonesia while Malaysia has a more difficult task at hand.

Antics such as smashing crates of beer do not really help the country in the fight for FDI. 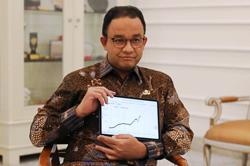 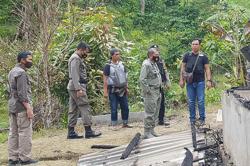