Proton CEO to resign on Sept 30 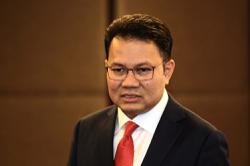 In a statement to Bursa Malaysia yesterday, DRB-Hicom

DRB-Hicom did not give any candidate name, saying that an announcement would be made in due course. However, a report from the China-based car news portal Automotive Review previously suggested that former Dongfeng Honda Engine Co Ltd deputy general manager Li Chunrong, who has officially joined the senior management of Geely, was slated to oversee Proton’s operations.

Datuk Radzaif Mohamed, who became Proton deputy CEO at the same that Fuaad became CEO on April 1, 2016, will continue in his deputy CEO role at PONSB.

For all three entities, DRB-Hicom will have an additional seat at the board of directors level to match the 50.1% that DRB-Hicom holds.

In the Bursa announcement, DRB-Hicom said it and Geely Holding was working towards completion of their corporate transaction “which is expected to materialise very soon.”

Both parties were “ intensifying efforts” to finalise the detailed business plan for the Proton group, it noted.

“The detailed business plan is vital towards producing a solid ‘road-map’ for Proton Group for the years ahead; and is one of the key items to be concluded as part of the completion exercise. The business plan will incorporate strategies for both companies to develop new vehicles together for the global market,” it explained.

On the completion of the transaction “soon”, DRB-Hicom said it would make an announcement on the composition of the board of directors at each key entity of the Proton group.

Apart from future appointments of the board members, DRB-Hicom confirmed that its group managing director Datuk Seri Syed Faisal Albar would continue as the overall chairman of Proton Holdings.

“Among others, Syed Faisal’s role is to ensure that the tie-up will achieve its benefits and ultimately, provide a return on investment to the shareholders, namely DRB-Hicom and Geely Holding,” it said.

In the statement, Syed Faisal commended Fuaad on his tenure at the carmaker.

“He has done an impeccable job in his short tenure at Proton Holdings. Under his watch, Proton had rolled-out four new models in a span of eight short months,” he said.

“He also played a vital role in closing Proton’s search for a suitable FSP. The need for an FSP in Proton was one of the key priorities of DRB-Hicom at the point of our acquisition of Proton in 2012.”

Fuaad was appointed as CEO of Proton Holdings on April 1, 2016, after assuming the position of chief operating officer/senior group director of DRB-Hicom in 2013.

“Fuaad will be assuming a big role with a related company and the board wishes him the best for his future undertakings,” Syed Faisal said. The statement did not elaborate on the “related company.”

On Proton Holdings deputy CEO continuing his deputy CEO role at PONSB, Syed Faisal said this was in order to ensure a smooth integration.

Similarly, Abdul Rashid Musa, who was named as CEO of Proton Edar Sdn Bhd in February 2017, would also continue in his role as the CEO at the distribution arm.

“With Radzaif and Rashid remaining in their positions, this ensures continuity within the Proton Group. It will also ease the transition of the future CEO of PONSB and this can only be good for the venture,” Syed Faisal said.

DRB-Hicom and Geely Holding signed a heads of agreement on May 24 to enable the Chinese carmaker to become a FSP for Proton. On June 23, both parties inked the definitive agreement in Kuala Lumpur. 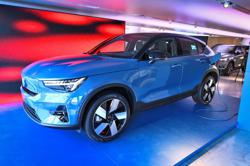