Malaysia's economy grew at faster pace of 5.8% in Q2 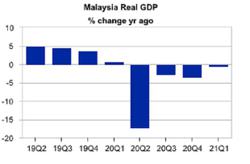 KUALA LUMPUR: Malaysia's economy grew at a faster pace of 5.8% in the second quarter ended June 2017 – the quickest since the first quarter of 2015 – exceeding economists' forecast of a 5.4% expansion, underpinned by the services and manufacturing sectors.

“Domestic demand is projected to underpin this expansion. On the external front, exports are expected to benefit from the stronger-than-expected improvement in global growth,” it said.

BNM Governor Datuk Muhammad Ibrahim said the data looked good, with reference to the outlook for the third and fourth quarters.

Earlier, the Statistics Department said the Q2 growth at 5.8% was at a faster pace than the 5.6% in the  previous quarter.

“On a quarter-on-quarter seasonally adjusted, GDP posted a growth of 1.3% against 1.8% in the preceding quarter,” it said.

The central bank also said headline inflation was expected to moderate further in the second half of 2017, reflecting the waning effect of global cost factors. For 2017 as a whole, it is expected to average within the forecast range of 3.0% – 4.0%.

The Statistics Department said that in Q2, the services and manufacturing sectors underpinned the economic growth on the production side.

The growth on the expenditure side was driven mainly by private final consumption expenditure which contributed 53.5% to the GDP in this quarter.

It said the services sector – which accounts for more than half of the GDP – expanded at a faster pace of 6.3% after growing 5.8 per cent in previous quarter – boosted by the wholesale & retail trade (up 7.7%).

The finance & insurance and business services stepped expanded 5.1% and 8.5% respectively.

As for the manufacturing sector – which accounts fron nearly one-quarter of the country's GDP -- it expanded further by 6% from 5.6% in the first quarter of 2017. P

owering the growth were the electrical, electronic & optical products – growing 9.8%. The growth was supported by higher production of semiconductors and consumer electronics.

However, the agriculture sector expanded at a slower pace of 5.9% after 8.3% in the previous quarter.  Oil palm and rubber remained to register a double-digit growth albeit at a slower momentum of 12.1% and 17% respectively.

The construction sector expanded by 8.3% due to civil engineering, construction activities and non-residential buildings.

The minings and quarrying sector rose at a slower pace of 0.2% due to the decine in crude oil and slower growth in natural gas.

However. gross fixed capital formation (GFCF) moderated to 4.1% from 10% in the previous quarter. Structure posted a better growth of 5.1% which was in line with the momentum in Construction sector.

“Nevertheless, the slower growth in machinery & equipment at 4.4% and contraction in other asset to 3.7% have weighed down the overall GFCF performance.

Exports rose at 9.6% in this quarter (Q1 2017: 9.8%). The favourable growth was reflected by rebound in exports of services whilst goods remained its double digit growth. 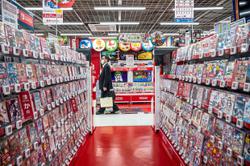