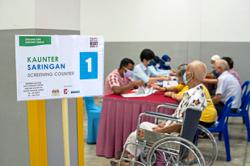 International Trade and Industry Minister II Datuk Seri Ong Ka Chuan, who was present at the function, said  the three Infineon facilities in Melaka and Kulim, Kedah, had made Malaysia the largest Infineon operation globally with a total investment of RM12bil.

He said Infineon alone contributed 2% of the total workforce in Melaka.

Infineon has had a presence in the country since 1973.

He said it was estimated that the German company also supported some 636 local vendors which enabled them to generate revenue of close to half a billion ringgit last year.

According to Ong, the continuing expansion by Infineon Technologies (M) Sdn Bhd reflected the attractiveness of Malaysia as a competitive location for companies to tap into the emerging opportunities in the Asean region.

Ong expressed his confidence that Infineon had made the right decision to seize the growing opportunities by making Malaysia their gateway to the wider Asean market in view of the significant growth of demand projected for electrical and electronic (E&E) products.

“Infineon’s presence here also adds to the portfolio of companies from Germany that continue to invest, expand and diversify their projects in the country.

“As at 2016, a total of 417 manufacturing projects with Germany participations valued at RM31. 21bil have been implemented and created more than 44,000 jobs for the country,“ he said.

Ong said the projects were mainly in the E&E, petroleum products and scientific and measuring equipment industries which made Germany the fourth largest investor in manufacturing sector in Malaysia after Japan, the United States and Singapore. 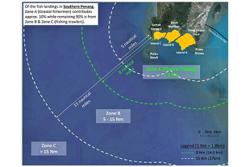 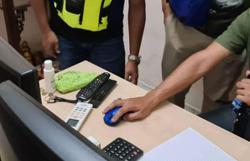