Four MRT stations along SBK Line to be 'branded' 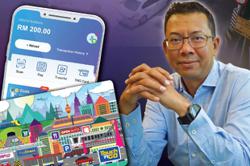 KUALA LUMPUR: Fancy having your brand ride on the popularity of MRT stations? Some brand owners did just that by getting naming rights for four stations along the soon-to-be-opened Sungai Buloh-Kajang (SBK) Line.

Under the programme, a licensee gets the right for its name, logo or product brand to be associated with a particular station on the SBK Line by having it prefixed to the station’s name.

These will then appear on all signage in stations, trains and other locations, as well as on collaterals such as brochures and websites.

In addition, the licensee will be given prominent branding space on the façade of the station or inside the station when external space is not available.

The licensing duration for each station ranges from three years to a maximum of 10 years.

So how much does it cost for the privilege?

MRT Corp director of commercial and land management Datuk Haris Fadzilah Hassan said successful licensees were chosen based on the highest bids with licensing fees for stations starting at RM1.5mil per year for a minimum of three years, or RM1.2mil per year for at least five years.

“The licensees stand to gain a lot from the Station Naming Rights Programme due to the expected high volume of commuters as well as the good visibility of the MRT stations,” he said.

According to Haris, these four stations are just the first batch to be accorded station naming rights and MRT Corp will open up further requests for proposal for other stations in the future.

Phase Two of the SBK Line from the Semantan Station to the Kajang Station will be operational from Monday, July 17.

Phase One - from the Sungai Buloh station to the Semantan station - was opened to the public on Dec 16, 2016.

MRT Corp said ridership of the SBK Line was estimated to reach 400,000 users per day. 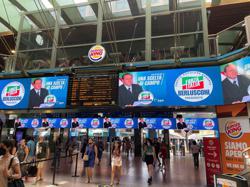 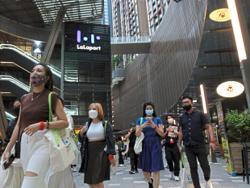