SC audit oversight board to root out auditors' weakness 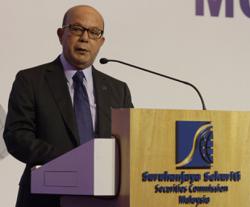 KUALA LUMPUR: The Securities Commission's (SC)  Audit Oversight Board has expressed concerns over certain weaknesses in the  work of auditors on revenue recognition, inventory, group audits and related-party transactions.

The AOB said on Tuesday that it would continue to engage with the audit firms to understand the root causes of such deficiencies and monitor the remediation efforts taken by the firms on a timely basis.

In 2016, the AOB inspected five major audit firms and seven other audit firms which collectively audited public-listed companies making up 96% of the market capitalisation of Bursa.

The SC noted incremental improvements with the number of recurring findings reduced from previous inspections.

Out of nine firms re-inspected in 2016, two firms recorded no recurring findings while improvements were noted for the other six firms.

In its annual report 2016, the SC urged audit firms to strengthen their capacity building and improve their quality controls to demonstrate the importance of the value of audits and its relevance to ensuring good corporate governance of companies.

The regulator highlighted that promoting reliability of audited financial statements, high quality audit practices and addressing inspection findings of audit firms in Malaysia remain a key focus for the regulator.

The executive chairman of AOB, Datuk Gumuri Hussain said: “The AOB is committed to maintaining its focus and positive momentum on key areas and game-changers such as the New and Revised Auditor Reporting Standards (Standards) as a means to drive greater transparency in auditors’ reports as well as financial reporting.”

Gumuri said the standards would require auditors to disclose key audit matters in their reports, leading to a more informative and tailored reporting specific to the clients’ circumstances instead of the present reporting approach consisting of standard templates or boilerplate reports.

The AOB has organised engagements with the auditors and stakeholders prior to the adoption of these Standards.

These include briefings by the UK Financial Reporting Council and International Auditing and Assurance Standards Board experts on insights and practical experience in implementation challenges in the adoption of these standards in Malaysia.

The SC would closely monitor the auditors’ compliance in implementing the New and Revised Auditor Reporting Standards through AOB’s inspection programme to identify instances of non-compliance and trends.

Since 2015, the AOB has been gathering data encompassing revenue mix, human resources, training, client portfolio allocation and internal monitoring activities from the top 10 audit firms to benchmark their performance.

This annual data gathering exercise has enabled the AOB to gain significant insights into the current state of the larger firms.

In 2017, the AOB will perform deeper analysis of the data gathered over the last few years to establish key trends for audit quality.

“This analysis aims to identify the areas of improvement and drive efforts for capacity building.  This initiative is consistent with SC’s goal of achieving effective regulation through active monitoring and engagements with audit firms,” it said.

The SC said inspection and enforcement would continue to remain AOB’s core function. 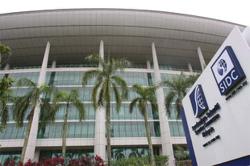 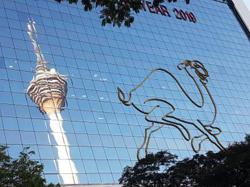