Bursa’s take: A file picture showing one of the layer farms owned by Lay Hong. Bursa says Lay Hong and its board ‘had in fact agreed and confirmed to undertake/proceed with the proposals’ before the exchange issued the two UMA queries.

and its directors is a striking display of the breadth of the stock exchange’s disclosure rules. It shows that listed companies and their boards must thoroughly understand what’s expected of them under the listing requirements’ corporate disclosure policy.

The Lay Hong case is a rarity because it revolves around the poultry company’s replies to two Bursa Malaysia queries.

Most of the time, when the exchange reprimands companies and fines directors, it has to do with delays in releasing material information – such as the companies missing deadlines for the release of quarterly results or annual accounts, or taking too long to announce a significant development.

Bursa also hands out penalties when information from listed companies turns out to be off the mark. The most notorious examples are financial statements distorted by irregularities.

Indeed, Lay Hong, seven current board members and one former director were punished for failure to ensure the timeliness and accuracy of certain disclosures. But what’s unusual here is that the inaccurate announcements were in response to unusual market activity (UMA) queries raised following sharp increases in Lay Hong’s share price.

In other words, Lay Hong gave wrong answers when Bursa asked some questions. And that has resulted in a public reprimand for the company. The eight men were also reprimanded, plus they have to pay RM750,000 in fines.

It’s not often that Bursa takes enforcement action because it’s unhappy with responses to its UMA queries. This has happened to only a handful of companies in the last decade. Among them are Tecnic Group Bhd in April 2017, Can-One Bhd

It’s easy to see why people seldom get into trouble over inaccurate responses to UMA queries. When a frontline regulator detects unusual price movements or trading activity and quizzes a listed company on what may have triggered such changes, playing dumb or holding back facts isn’t a good idea.

The listing requirements are clear about a listed company’s obligation to disclose “all material information”.

One of the general principles of the requirements is that “investors and the public will be kept fully informed by the listed issuers of all facts or information that might affect their interests and in particular, full, accurate and timely disclosure will be made of any information which may reasonably be expected to have a material effect on the price, value or market activity in the securities of listed issuers”.

This is supported by a laundry list of rules and examples. The Lay Hong case demonstrates how some of these rules work.

It began on Nov 2, 2015, when Lay Hong received the first of the two UMA queries, which posed four questions meant to compel the company to announce whether it knew anything that might account for the trading activity. In this context, “anything” could be a corporate development that hadn’t been publicised, a rumour, a report, or “any other possible explanation”.

The company was asked to make “due enquiry” with its directors, major shareholders and “such other relevant persons”. It was also required to declare that it was complying with the listing regulations, particularly the rules on immediate disclosure of material information.

Lay Hong replied the next day that it wasn’t aware of anything that might have led to the UMA other than two matters that it had already disclosed a month earlier, although there were more details this time. The first was that it was talking to two potential foreign groups on taking a stake in the company, and the second was a possible joint venture in the integrated livestock business.

Lay Hong said these negotiations were expected to conclude with definitive agreements in less than two months.

On Jan 19, 2016, Bursa issued another UMA query. Lay Hong responded the same day, again saying it was unaware of any new factors driving the trading activity. Instead, it pointed to recent developments that had already been disclosed.

Two weeks later, the company announced a package of proposals that included a one-for-one bonus issue, a one-into-five share split, and the issue of a free warrant for every two Lay Hong shares.

In a June 20 media release to announce its enforcement action against Lay Hong and the directors, Bursa says Lay Hong and its board “had in fact agreed and confirmed to undertake/proceed with the proposals” before the exchange issued the two UMA queries.

Bursa points out that the queries required Lay Hong to disclose even a corporate development that was in the stage of negotiation or discussion, as long as it might have been a factor in the unusual trading activity.

The exchange contends that Lay Hong and its directors were or should be aware that the proposals were clearly material information and might have therefore “reasonably” contributed to or accounted for the increase in the company’s share price and volume traded.

“It was not acceptable for the company and directors to take the position that the proposals were not material as it was only at a conceptual stage and had yet to be finalised or approved by the board,” adds Bursa.

The exchange also highlights the point that while listed companies can withhold material information if the information is in a state of flux, that right to withhold is gone when there is unusual market activity that may indicate a leak of that information.

In addressing the argument that the UMA could partly be caused by excitement over the likely entry of the foreign parties and the prospects of the possible joint venture, Bursa says the disclosures on these two elements “did not and could not dilute the materiality” of the proposed bonus issue, share split and warrants issue.

Nor could the disclosures render these proposals to be less material under listing requirements, adds the exchange.

Bursa’s explanation of its action against Lay Hong is a lesson on the weight and depth of the disclosure obligations. Yes, a listed company is entitled to keep some things close to its chest, but a UMA query is a signal to come clean so that investors have equal access to information that may otherwise give some people a hugely unfair advantage.

Executive editor Errol Oh is aware that timeliness and accuracy matters in many other areas too, including journalism. 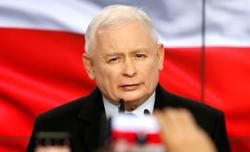 Poland to push ahead with limits on foreign media ownership, sources say