The challenges of venturing into new business 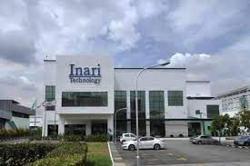 GETTING better margins and growth has always been the focus of every company, but achieving them is not an easy process.

For most companies, expansion into a new area offers different challenges that will prove taxing in the early stages. Furthermore, expanding into a new sector or area opens up a company to new challenges from the incumbents in the business and also the vagaries that come from operating in an unfamiliar business.

said it wanted to get into the condom manufacturing business, the possibilities on the surface seemed like a good idea. Margins in the making of branded condoms tend to be high. There are similarities between the manufacture of surgical gloves and condoms, but the business is completely different, according to analysts.

“The manufacturing process, the safety concerns and also certification is different and in the aspect of condoms is much more rigorous than making rubber gloves,” says an analyst covering the sector.

For one, Top Glove’s entry into the condom business, like the different segments it has tried before, is to search for growth. The making of rubber gloves is a demanding business where thin volumes are often supplemented by the volume of gloves.

Those companies that want better margins often go about branding their gloves in what is called own brand marketing (OBM). OEM makers often have poorer margins than companies that make goods that are self-branded.

But it has not been an easy time for the condom makers that have gone into the OBM space.

Affin Hwang Capital in a report on Karex’s third-quarter results noted that Karex’s revenue fell 6% sequentially to RM92.2mil, as contribution from all segments was down accordingly due to lower general pricing, despite improvement in sales volumes.

“The tender market was particularly soft during the quarter, as ample capacity in the broader market impacted Karex’s overall pricing. The OBM segment sales momentum surprisingly slowed during the quarter despite an increase in marketing expenses,” it said.

Affin says that was a result of the brand-building process, which generally has a long gestation period.

Higher expenses, which are needed in building a brand, had pressured Karex’s core net profit, which fell 28% to RM7mil on the back of lower sales, as well as an increase in general operational expenses.

“While the gross margin is still commendable at 33% despite the lower pricing, earnings before interest and tax margins fell three percentage points quarter-on-quarter to 10% on the back of elevated distribution and administration expenses.

“This was predominantly contributed by the higher marketing and promotional costs in brand-building activities.”

The pressure to spend on branded condoms does affect the results of Malaysian companies, and for Top Glove to venture into the condom business, scale and branding will be important. Analysts feel that the long gestation period for Karex to build its condom business to five billion pieces a year could also see Top Glove lagging behind in terms of providing direct competition to a company like Karex.

Hong Leong Investment Bank in a report notes that Karex’s utilisation rate remained at the 60%-65% levels for the period under review. It said the average selling price for the tender market was still recovering, as the segment remains extremely price-competitive.

“The group is making a push into the United Kingdom and United States consumer markets, as the company continues its effort in expanding into the OBM segment. As such, we continue to expect marketing and admin expenses to grow in tandem with the size of their commercial campaigns,” it said.

The pressure on Karex’s market is not lost on other condom makers. O&C Resources Bhd, which makes condoms apart from being in the property and baby product segments, in its annual report notes that the group has been facing macro and microeconomic challenges, especially in its core business of manufacturing and marketing condoms and baby products.

It says efforts to improve its financial performance have been made by venturing into property development and construction. It says that was going smoothly and O&C Resources was reaping the benefits of this diversification and expects a higher level of contribution for this new business segment in the financial year ending July 31, 2017 and onwards.

Top Glove in a lucrative industry 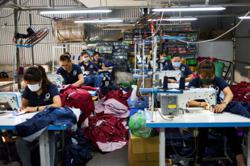 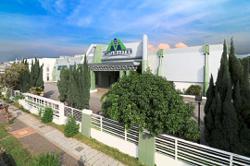