In a filing with Bursa Malaysia, Pintar Projek Sdn Bhd (the manager of the trust) said the property, on completion of the proposed acquisition, would be subleased to the vendor for 15 years with an option granted to the vendor to renew for a further 15 years.

“The sub-lease arrangement will provide YTL REIT with a steady and secure income stream and is expected to be accretive to the trust’s future distributable income and distribution per unit,” it said.

Pintar Projek said the proposed purchase was expected to be completed by the end of the third quarter of 2017.

The property is the makeover and extension of the old Hotel Majestic, which is a national heritage site whose colonial structures were built in 1932.

The Majestic wing was substantially renovated, refurbished and reopened as a 300-room hotel in December 2012 with the completion of the new 15-storey tower wing. 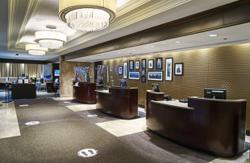