Prasarana: Malaysia on track for 40% of travelers using public transport 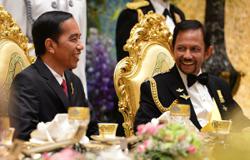 “To achieve the 40% target, it would require the integration of public transport, such as the MRT, Light Rail Transit (LRT) and monorail routes, including the relevant connectivity, according to the Land Public Transport Commission’s (SPAD) master plan,” he told a press conference after attending the Prasarana Employee Appreciation and Recognition for Life event in Kuala Lumpur on Monday.

At the event, Prasarana presented certificates and tokens of appreciation to 113 of its staff who had performed exemplary and outstanding public services.

’s recent decision to hand over the loss-making ferry operations linking Penang island and Butterworth to Prasarana, Azmi said, although it was entering unfamiliar marine territory, its still fell under the public transport category.

“It’s about giving the best to the people. The mode of business will still be about the same, and we may be maintaining the same crew for operations,” he added. - Bernama 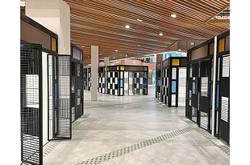