ISKANDAR PUTERI: With investments by Dutch companies hitting RM48.2bil so far, more investors from the Netherlands are encouraged to explore opportunities in this country.

The Netherlands ambassador Karin Mossenlechner said fields that could be explored include engineering, finance, digital economy and smart city.

Other areas include logistics, ICT, engineering, oil and gas, maritime, manufacturing and education.

“Presently, there are more than 200 Dutch companies operating in Malaysia.

“Last year alone, there were investments totalling RM3.2bil into Malaysia,” she said at the launch of the Malaysian Dutch Business Council (MDBC) Johor Chapter in Medini 6.

She added that presently, 48 Malaysian companies have regional offices in the Netherlands including in the fields of commodities, automotive, electrical and electronics and information technology.

“Although formal diplomatic ties between Malaysia and the Netherlands were formed 60 years go, the actual cooperation between the Dutch and Johor Sultanate started as early as in 1602,” she added.

Irda chief executive Datuk Ismail Ibrahim said that so far, there are about 10 such groups operating in Johor.

“Now we have the MDBC here. This is a good platform to bridge the private and government sectors,” he said.

MDBC Johor chapter is the third such office established in Malaysia after Kuala Lumpur and Penang.

There are about 20 Dutch companies operating in Johor. 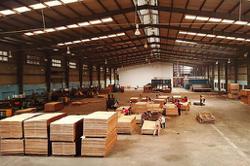 Vietnam wood products exports up by 6 per cent despite pandemic

Japanese MotoGP round cancelled due to pandemic