A principled approach to regulation

BANK Negara had a busy day on April 13. The Financial Markets Committee, set up by the central bank in May last year and chaired by assistant governor Adnan Zaylani Mohamad Zahid (pic), briefed the media on the latest moves to develop the onshore financial market.

The news outlets highlighted rule changes such as those that improve bond market liquidity and ease hedging activities.

On the same day, the committee came out with a press release providing some details of all the initiatives, starting with two measures aimed at promoting a fair and effective financial market – the proposed introduction of the Principles for a Fair and Effective Financial Market, and the issuance of the Code of Conduct for Malaysian Wholesale Financial Markets.

Although these two elements were mentioned first, which suggests that the FMC regards them as the most impactful of the initiatives, they didn’t get much public attention, not even when there are Bank Negara documents that fully explain what they’re about.

This is a pity because it’s not often that there’s a clear window on what a regulator wants and how this can be achieved.

To accompany the FMC’s announcement on April 13, the central bank released two policy documents and a concept paper.

The first of the policy documents is on regulated short-selling of securities in the wholesale money market and the other is the new code of conduct.

It can be argued that these policy documents are mostly dos and don’ts that apply to market participants, and are therefore of less interest to others. Besides, the code of conduct has already gone through a consultation process late last year.

But what about the concept paper on the principles for a fair and effective financial market?

This one deserves a broader audience. It is essentially an exposure draft that focuses on five universal principles for a fair and effective financial market.

Stakeholders are invited to submit comments or suggestions on the 29-page concept paper by April 28.

“The proposed policy document will serve as an anchor for various codes of conduct and any activities related to promoting the fair and effective functioning of the financial market,” says the central bank.

The five universal principles are professionalism and integrity; transparency and accountability; competitive environment; good internal governance and structure; and compliance to rules and regulations.

“The overarching objective of the principles is to have a financial market environment that is trusted, competitive, resilient and best positioned to support the sustainable growth of Malaysia’s economy,” Bank Negara explains.

This move to be clear and transparent about the universal principles is similar to the Securities Commission’s publication in March 2015 of a booklet on its regulatory philosophy. It’s always good when regulators help stakeholders to understand and manage regulatory expectations.

Some people may think of principles and philosophies as airy-fairy utterances that need not be taken seriously. These are probably the same people that feel free to ignore the law when they believe there’s zero chance of being caught and who relish finding ways to get around the rules.

Principles and philosophies don’t have legal weight, but when regulators put them in writing, it’s in fact a bold commitment to rely on them and to apply them consistently.

Bank Negara says its best when explaining why it uses the universal principles as the basis for more specific and rules-based guidelines and regulations.

“First, a principles-based approach can be dynamic and can adapt well to changing market structures or financial market conditions,” says the central bank.

“Second, it allows flexibility in coverage and application. Being broad in nature allows universal adoption by many parties. It also allows the flexibility for market participants to use their own judgement in applying these principles according to their own internal practices and circumstances.

The third reason is potentially powerful. Maybe the authorities should think about having more principles in black and white.

Executive editor Errol Oh feels hopeful when people do the right things based on principles, even if there are no rules to compel such actions. 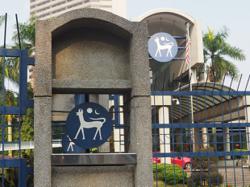