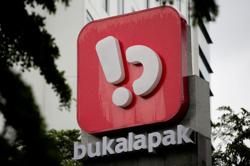 Vibrant scene: Taiwan is home to the largest number of listed biotechnology companies in Asia with the sector expanding due to a well-educated workforce, historic appetite for high-tech industries and government support. – AFP

HONG KONG: A Singaporean biotechnology company working on experimental cancer drugs is listing in Taiwan, potentially opening the door for more foreign peers to go public on the island.

Aslan Pharmaceuticals Pte, led by former AstraZeneca Plc executives, will take investor orders for its initial public offering in mid-May with the goal of listing by the end of that month, chief executive officer Carl Firth said in an interview.

Firth headed Asia health-care investment banking for Merrill Lynch, which is now a unit of Bank of America Corp, from 2007 to 2010.

The developer of cancer therapies, including therapies for gastric and bile duct tumours that are common in Asia, aims to raise about US$40mil from the share sale.

The island is home to the largest number of listed biotechnology companies in Asia, according to data compiled by Bloomberg, with the sector expanding due to a well-educated workforce, historic appetite for high-tech industries and government support.

Firth said the listing opens the company up to a new group of investors at a time when it is preparing to bring drugs to market. Firth decided to base Aslan in Singapore due to the country’s expertise in early-stage clinical development.

When it came time to go public, however, Aslan decided on Taiwan because investors in Singapore didn’t appear to have as much appetite for the industry, he said.

The Taiwanese biotech sector is largely dominated by smaller firms.

Only a handful of companies in the industry, including TaiMed Biologics Inc and ScinoPharm Taiwan Ltd, have market values of more than US$1bil.

Aslan had weighed a US IPO, among various options, but decided against that partly because of volatility in biotech stocks there.

Particularly attractive in Taiwan was an investor base eager to invest in higher-risk industries as well as a vibrant existing biotech scene, according to Firth.

The company will continue to be headquartered in Singapore but has invested in expanding in Taiwan.

Aslan’s experimental drug Varlitinib, a potential treatment for bile duct cancer, is in late-stage human trials and could be on the market by 2019, he said.

US companies that are at a comparable stage to where Aslan would be in 2019 are worth about US$2bil, Firth said. He sees that as a benchmark for the market value his company can target going forward.

The company is listing about 10% of its shares as per local stock exchange rules, Firth said. It received government approval for the listing in January and is working with KGI Securities Co on the offering.

Aslan has raised more than US$100mil since its founding in 2010, he said. Its investors include Accuron Technologies Ltd, which is a unit of Singapore’s Temasek Holdings Pte, as well as the Daiwa Taiwan-Japan Biotech Fund, Hong Kong’s Morningside Group and Cenova Ventures.

Firth, 44, was born and raised in the UK. He holds a doctorate in molecular biology from Cambridge University and obtained his MBA at London Business School before joining AstraZeneca in its research and development division.

He moved to China with AstraZeneca in 2004, picking up Mandarin language skills along the way, and had regional management experience in Singapore before his time in investment banking. He founded Aslan in early 2010. – Bloomberg 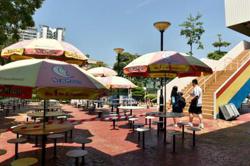