’s (E&O) flagship property project in Penang and acquired a substantial equity interest in the listed developer in a deal worth a total of RM887.7mil.

Under the agreement, KWAP will purchase 20% in E&O’s second phase of Seri Tanjung Pinang (STP 2A), a township being developed on reclaimed land with an estimated gross development value of RM17bil.

Apart from taking a direct stake in the development project, KWAP will also subscribe to 66.1 million new shares in E&O. The price of the shares to be transacted is between RM1.84 and RM1.94 each, costing KWAP at least RM121.6mil.

The transaction gives KWAP an additional 5.26% equity stake in E&O. According to analysts, it will raise KWAP’s stake in E&O to 6.75%.

Shares in E&O were halted from trading yesterday and will resume today. The stock was last traded at RM2.12 on Wednesday, its highest level in two years.

Commenting on the investment, KWAP chief executive officer Datuk Wan Kamaruzaman Wan Ahmad said it was the start of an exciting journey and inaugurates their first equity participation in property development.

“E&O’s record of accomplishment in the industry as well as the quality of its delivery will assure the success of this project,” he said in a statement.

Meanwhile, E&O managing director Kok Tuck Cheong said that the proceeds from the stake sale would be used for reclamation and infrastructure works, as well as for working capital and the repayment of borrowings.

Under the deal, KWAP’s interest would be in STP 2A, which is undergoing reclamation work. The area involved is 252.8 acres, out of which the amount which can be developed after surrendering a portion of the land for infrastructure will be 169.9 acres.

KWAP’s 20% equity interest effectively translates to 33 acres or about RM530 per sq ft. The transaction values the entire phase 2A of the STP project at RM3.83bil.

According to E&O, based on independent valuations, the price that KWAP has proposed to pay was a discount of 3.5% or RM26.8mil.

E&O said that the STP 2 project would span over 15 years and is targeted to be launched in 2019.

When the deal is completed, KWAP will join its peers such as the Employees Provident Fund (EPF) in taking a direct stake in property development projects.

The EPF has taken direct stakes in projects in Eco-Setia Park in Setia Alam, the Battersea project in London and it recently went into three property development joint ventures with Eco World Development Group Bhd

The STP project is essentially a seafront development situated along Penang’s north-east coast, which is located at Tanjong Tokong. The total area to be reclaimed under the project is 980 acres.

Last year, E&O received an extension of three years up to 2022 to reclaim the remaining portions.

The project was originally approved by the state government back in 1992. Phase one of the project comprises 240 acres and is almost completed.

The reclamation project on phase 2A of the STP project has already started with dredging works after all the necessary approvals were obtained. Approximately 34% of STP 2A has been reclaimed, and E&O is targeting to complete it by the second half of 2018.

Aside from the reclamation of 760 acres under the project’s concession agreement, which is slated to be completed by June 2018, E&O is reclaiming a further 131 acres at its own cost along the Gurney Drive foreshore for the Penang state government.

The Gurney Drive area is next to Tanjong Toking and a popular spot for locals and tourists.

In 2015, E&O had secured RM1.1bil in financing facilities to part-finance the reclamation and infrastructure works of the STP 2A project. 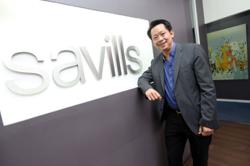