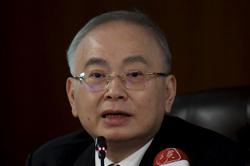 This will also be the first project outside the ambit of Keretapi Tanah Melayu Bhd (KTMB). The train will carry both passengers and freight, travelling up to 160km per hour. (File pic of KTM train)

PETALING JAYA: The East Coast Rail Line (ECRL), estimated at RM55bil and the largest ever railway project to be undertaken by the private sector, is poised to kick off.

Sources said some early specifications and breakdown of the tenders could be announced as early as next month. While construction companies have lined up to bid for the multi-billion-ringgit project, Malaysia Rail Link Sdn Bhd (MRL) – the body under the Finance Ministry tasked to undertake the implementation of the ECRL – is said to have assembled a team and roped in personnel with rail expertise from the private sector.

, has been picked as one of the senior personnel tasked with overseeing the ECRL.

During his tenure with Gamuda, Yew was said to have been involved in the construction giant’s double-tracking projects.

“The feasibility study is completed and awaiting approval from the Land Public Transport Commission or SPAD,” said a source.

More significantly, this will also be the first project outside the ambit of Keretapi Tanah Melayu Bhd (KTMB), he added.

“The ECRL is expected to operate independently by another operator.

“It is also understood that its track lines will be that of standard gauge as compared to KTMB lines which are operated on meter gauge. With the standard gauge, the trains are able to run at a faster speed,” said the source familiar with the rail industry.

KTMB, the main railway operator in Peninsular Malaysia, has services that include intercity passenger services, the cargo segment, electric train services and the KTM Komuter,

The newly-established MRL is the operator and owner of the 600km ECRL, a key catalytic infrastructure project for the East Coast Economic Region, providing the much-needed rail connection to Kelantan, Terengganu and Pahang.

China’s state-owned enterprise China Communications Construction Co Ltd (CCCC) will fund the project. Last November, the company said that it had secured the engineering, procurement and construction management contract to build the ECRL from MRL.

Besides this, it was reported that the project will also be financed via a soft loan from the Export-Import Bank of China.

At the reported RM55bil cost, it will be the largest double-tracking rail project.

This cost includes the cost of several tunneling and underground scopes.

CIMB Research, in a recent report, said that 10% to 30% of the total contract value could be apportioned to local contractors. This could mean a range of RM5.5bil to up to RM16.5bil worth of tenders to be rolled out in stages beginning from the middle of this year.

, which have strong rail expertise.

The MRL recently launched a three-month public display of the ECRL and construction is targeted to start in July, barring major objections after the display period.

The rail alignment will connect Wakaf Baru in Kelantan to the Integrated Transport Terminal in Gombak and will eventually be extended to Port Klang.

The train will carry both passengers and freight, travelling up to 160km per hour. 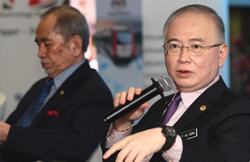