’s initial public offering (IPO) was oversubscribed by 8.87 times for the public portion while the institutional tranche was nine times covered.

In a statement, EWI said based on the price of RM1.20 per IPO share, its IPO would be the largest in Malaysia since June 2015, with its RM2.58bil offering attracting substantial interest from international and Malaysian investors alike.

The company said its institutional book was nine times covered, with 449.5 million shares allocated to Malaysian and foreign institutional and selected investors.

Of the 449.5 million shares, 47.3% or 212.4 million IPO shares were allocated to three cornerstone investors: Permodalan Nasional Bad, Retirement Fund Inc (KWAP) and Employees Provident Fund Board. This represented about 8.9% of the enlarged issued and paid-up share capital of EWI.

Under the retail offering, 408 million shares were allocated. Of these, 120 million IPO shares were set aside for eligible EWI persons and eligible Eco World Development Group Bhd

(EW Bhd) persons (as defined in the prospectus) and 240 million for entitled shareholders of EW Bhd by way of a restricted offering.

A total of 48 million shares were assigned for the Malaysian public via balloting.

From the Malaysian public, a total of 23,568 applications for 473.66 million IPO shares were received. This represented an oversubscription rate of 8.87 times.

Commenting on the response toward the IPO, EWI president and chief executive officer Datuk Teow Leong Seng said: “We are overwhelmed by the strong support and interest we have received for the IPO from both institutional and retail investors.

“This gives us the best possible start as a newly listed entity - the faith and confidence which our investors have placed in us will definitely spur us on to grow our business and scale to greater heights post-listing.”

He noted that EWI’s existing projects in London and Sydney were performing well and as of Jan 31, the company had secured total sales of RM6.49bil out of a total estimated gross development value. 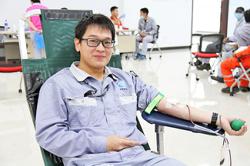