KUCHING: The Sarawak government has reached an agreement with the Finance Ministry (MoF) and Federal Land Commissioner to acquire the entire equity interest of Sarawak Hidro Sdn Bhd (SBSB), the owner and operator of the Bakun Hydroelectric Plant (HEP).

He said the takeover would be made by the state government’s wholly owned company, Sarawak Energy Bhd (SEB), a vertically integrated electricity utility and energy development company which also operates two other HEPs, the Batang Ai and the Murum.

Describing it as a very strategic acquisition, he said the deal would cost the state government RM2.5bil at the cost price.

Boasting an installed capacity of 2,400 megawatts, the Bakun HEP, which is Malaysia’s largest hydropower plant, is located on the Balui River in the Upper Rajang Basin, 37km upstream from Belaga town.

Built at the cost of RM7.4bil (inclusive of financing), it was fully commissioned in July, 2014.

With its “log, stock and barrel” acquisition of the Bakun HEB, Sarawak is poised to be the nation’s renewable energy powerhouse.

“This is a major concession by Putrajaya and I would like to thank Prime Minister Datuk Seri Najib Tun Razak for this,” Abang Johari told a news conference to announce the takeover in Kuching on Wednesday.

Elaborating on the deal, Abang Johari said he led a delegation from Sarawak to negotiate with Najib on the takeover, and attributed its success to a very good relationship between the state and Putrajaya.

“The acquisition of Bakun HEP represents part of our overall strategic plan to develop and consolidate the state’s abundant energy resources which makes it in full control of energy for the benefits of our people and our economy in the long run.

“Going forward, this will certainly help SEB improve Sarawak’s capacity to maintain power security and reliability and enable operational efficiency through better integration of the Bakun and Murum HEPs,” he said.

For the people, he said there was always the possibility of the power tariff being lowered again.

“The increment in tariff will be minimal. Once we have recovered our capital expenditure, the only cost would be in maintenance and in operations.

“We will have more power to sell which translates into added revenue. We, of course, want to transfer this to the people in the long run,” he said.

Abang Johari said with the takeover, the state could pursue its digital economy plan and transform its vast rural areas.

“We will need more power and water where we need to set up a data centre. When you want to lay fibre optic of at least one to two terabyte throughout the rural areas, you will need such power,” he said.

On the Federal Land Commissioner’s involvement, he said this was because the enormous lake resulting from the Bakun dam embankment, as well of the land involved in the HEB, which was equivalent to the size of Singapore, had all previously belonged to SHSB under the MoF.

“Now we also need to acquire all these for us to develop Bakun lake as a tourist destination,” he said.

On the proposed Balleh HEP project, he said it would be implemented as scheduled, while other similar projects would have to wait.

“We have three dams now, plus the coming Balleh HEP, they are enough for the time being,” he said, adding that but if the need arose coupled with better technology, without having to resettle people, the state government might consider. - Bernama 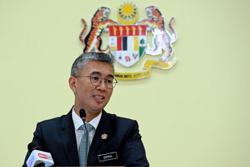 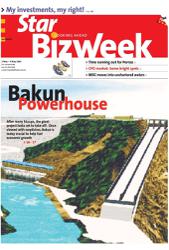