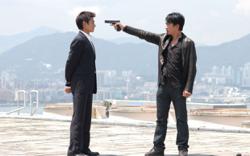 Young and restless: (from left) Lionel, Raja Hamzah, Lau, and Ng posing for a photograph in Hong Kong. – Bloomberg

SINGAPORE: One of Rachel Lau’s strongest childhood memories is the smell of newspaper. Her father, driving her to school each day in Kuala Lumpur, would make his sleepy daughter open the paper, go through stock quotes and do mental math.

“He would be, like, How did KLK do today? OK, if it’s up four sen and I’ve got 89,000 shares, how much did I make?” Lau recalled. The daily ritual continued through her teenage years. Her father Lau Boon Ann built his fortune in real estate and by investing in companies like Top Glove Corp Bhd

Some days, he would stand in front of an empty lot with his young daughter and challenge her to imagine a building there rather than watching the chickens running around.

They set up RHL using the wealth of their families with a plan to attract outside capital and build the firm into South-East Asia’s leading independent investment group.

“We look at South-East Asia and there is no brand that stands out – there is no KKR, there is no Fidelity,” Lau said. “Eventually we want to be a fund house with multiple products. Venture capital is going to be our first step.”

RHL has backed two startups since its debut last year. One is Singapore-based Perx, which has morphed from a retail rewards app to provide corporate clients with data and analysis on consumer behaviour. Lau is a member of Perx’s board, whose chairman is Facebook Inc co-founder Eduardo Saverin.

In January, the firm invested an undisclosed amount in Sidestep, a Los Angeles-based startup that’s also backed by pop-music artists Beyonce and Adele. Sidestep is an app that allows fans to buy concert memorabilia online and either have it shipped to their home or collect it at the show without having to wait in line.

“RHL guys are really smart investors who are taking their family offices to a new play,” said Trevor Thomas who co-founded Cross Culture Ventures – a backer of Sidestep, together with former Lady Gaga manager Troy Carter. “What attracted the founders of Sidestep to RHL was their deep network in South-East Asia.”

A lot of startup founders in the United States want to access the Asian market, said Thomas, but they often overlook the huge South-East Asian markets and only focus on China. “Rachel and the team did a great job of explaining the value of that vision and providing really great access to early-stage US companies,” he said.

In South-East Asia, RHL has positioned itself between early-stage venture capitalists and large institutional investors such as Temasek Holdings Pte. Hamzah said they want to fill a gap in the region for the subsequent rounds of funding – series B, C and D. “We want to play in that space because you get to cherry pick,” he said.

RHL’s strategy is to take a chunk of equity and a board seat in a startup that has earned its stripes operationally for at least a year, and see the company through to an initial public offering.

RHL’s partners represent a new generation of wealthy Asians who are breaking away from the traditional family business to make their own mark. They include billionaire palm-oil tycoon Kuok Khoon Hong’s son Kuok Meng Ru, whose BandLab Technologies is building a music business.

RHL’s story begins in 2003 at a summer camp in Melbourne. During a month of activities such as horse riding and playing the stock market, Lau struck up a friendship with Hamzah, unaware that their parents knew each other well.

Their paths crossed again in London, Sydney, New York and Hong Kong as they went to college and forged careers in finance – Lau at NN Investment Partners and Heitman Investment Management, where she currently helps manage a US$4bil equity fund; and Hamzah at Goldman Sachs Asset Management and Guoco Management Co. Together with their mutual childhood friend Leong, the trio would joke about all returning to Malaysia one day to start a business together.

That day came in 2015 when Hamzah called up Lau in Hong Kong and said: “Yo! I’ve moved back. When are you coming back? You haven’t lied to me for 15 years, have you?”

They decided their common trait was investing.

In February 2016, they started RHL Ventures – an acronym for Rachel, Hamzah, Lionel – with their own money. When their families found out about the plan, they were eager to jump in, said Lau. Now they aim to raise US$100mil more from outside investors.

The partners have roped in their family and hedge-fund experts as advisers. “We recognise that we are young and still learning,” Lau said. “There is no point pretending otherwise.”

The other two advisers are Marlon Sanchez, Deutsche Bank’s head of global prime finance distribution in Asia-Pacific, and Francesco Barrai, senior vice-president at DE Shaw, a hedge fund with more than US$40bil in investment capital.

Ng, 37, has founded some 10 ventures, including Makan Bus, a service that allows tourists to explore off-the-beaten-track eateries in Singapore.

As well as their family fortunes, the four partners bring experience of upbringings in dynasties that valued hard work, tradition and dedication.

Ng recalls his grandfather, Singapore’s richest man when he died in 2010, would always visit a property he was interested in buying with his wife.

After driving around the area, they would sit on a bench and observe it from a distance. Then they would return to the same spot after dark.

“He said to us, ‘What you see during the day can look very different at night,’” Ng said.

Hamzah, whose great-grandfather Mustapha Albakri was the first chairman of Malaysia’s Election Commission, remembers his father’s lessons in frugality – one time in London he refused to buy a £2 (US$2.50) umbrella when it started raining as they had plenty of umbrellas at home.

Leong, scion of Mah Sing Group, grew up listening to tales of how his family business overcame tough times by consolidating and reinventing itself from its roots as a plastic trader. “It made me realise that we have to be focused,” he said.

“So with every deal we do, we have to put in that same energy and tenacity.”

Lau was a competitive gymnast as a child but quit the sport when she failed to win gold at a championship event.

“It’s one thing I regret. In hindsight, I don’t think I should have given up,” said Lau. “The ultimate champion is the person who doesn’t give up.”

One old habit however remains. When Lau picks up a newspaper, she goes straight to the business section. “It’s still the only thing I read,” she said. – Bloomberg 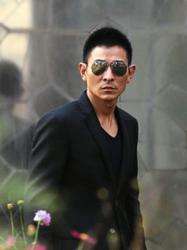