Malaysian palm oil gave up its early gains on Thursday, declining towards the end of the trading day as rallies of rival vegetable oils on China's Dalian Commodity Exchange slowed and palm export demand weakened

SINGAPORE: Malaysian palm oil futures slid for a third consecutive session on Monday, falling to its lowest since mid-November as slowing demand and expectations of higher supplies weighed on the market.

Benchmark palm oil futures for May delivery on the Bursa Malaysia Derivatives Exchange finished down 1.1 percent to 2,827 ringgit ($634.43) a tonne, the weakest since Nov. 15.

"There is not much direction for the market as Chicago is closed today," a Kuala Lumpur-based trader said.

"As far as fundamentals are concerned, it is pretty bearish as the output is rising everywhere, Indonesia and Malaysia. Soybean oil is priced competitively against palm oil, so it is getting difficult for palm oil to compete."

The Chicago Board of Trade soybean futures, which often direct movement in palm oil, were closed on Monday for the Presidents Day federal holiday.

In recent weeks, palm oil prices have reached their highest in more than four years as market supplies are tight on low production levels.

Palm's fresh fruit yields are still suffering the effects of a crop-damaging El Nino, but expectations of a recovery by the second-half of the year are weighing on prices, according to industry analysts.

But another cargo surveyor, Societe Generale de Surveillance said exports during the period rose 1.7 percent to 745,564 tonnes from 733,002 tonnes shipped during Jan. 1-20.

The market may bounce to 2,914 ringgit per tonne, as suggested by its wave pattern, a Fibonacci projection analysis and a falling channel, according to Wang Tao, Reuters market analyst for commodities and energy technicals. 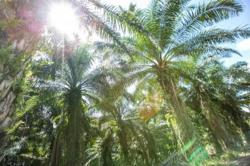 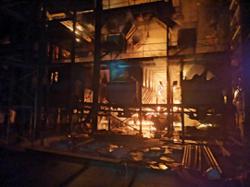 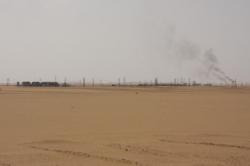