LABUAN: Repsol Oil and Gas Malaysia Ltd is investing about RM600mil for the construction of two oil platforms and in drilling several wells.

The platforms are to be constructed at Peninsular Malaysia 3 (PM3) near the border with Vietnam and at Medan Kinabalu off Sabah waters.

The company’s communication, government relations and community senior general manager Farid Jaafar said works for the projects would start at year-end and early next year respectively.

He said the projects would generate employment and business opportunities for locals.

“Despite the slowdown in the oil and gas sector, Repsol is still expanding due to our commitment and business strategy,” he added.

Farid told reporters this after presenting the Repsol Initiative and Motivation Awards for UPSR and PT3 Outstanding Students of the Fishermen’s Community in Labuan on Wednesday.

He said the company had not implemented any downsizing or staff retrenchment.

Repsol Malaysia, a subsidiary of the Repsol Group based in Madrid, Spain, is an integrated oil and gas company operating in 40 countries.

In Malaysia, Repsol has been carrying out crude oil operations and natural gas production in the area bordering Malaysia and Vietnam since 2001, and also off the coast of Sabah since 2013.

Meanwhile, Farid said Repsol would continue to play its part in rendering assistance to people at large, especially the needy, as part of its corporate social responsibility. 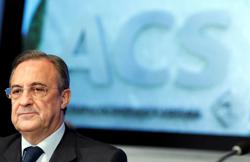 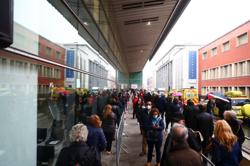