Mydin clarifies that losses were due to weaker currency 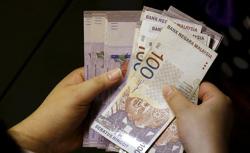 Mydin is offering a variety of cooking and prayer products to equip customers with their needs for the upcoming Deepavali celebration.

KUALA LUMPUR: The weaker ringgit against the US dollar was the main factor for losses incurred by Mydin Mohamed Holdings Bhd in 2016, and not the implementation of the goods and services tax (GST) or government policies.

Managing director Datuk Wira Ameer Ali Mydin said the operator of Mydin hypermarkets nationwide had suffered losses due to the weakening ringgit as most of its products were imported.

“The ringgit against the US dollar level was at 3.65 on April 1, 2015, compared to around 4.42 per US dollar currently. That is how much the ringgit has weakened over that period,” he told Bernama on Monday.

He said the weakening ringgit against the US dollar had resulted in Mydin having to pay more for the products it ordered, without increasing the price to consumers.

He was clarifying reports circling in the social media claiming that the hypermarket suffered losses due to the current Government’s administration and policies.

Ameer reiterated that he did not blame Prime Minister Datuk Seri Najib Tun Razak as was maliciously stated in the reports, and that he had never taken the current administration to task, even though some policies which had been introduced might have affected businesses.

He pointed out that the GST had never been the reason for the losses as the tax regime was only replacing the previous sales and service tax.