KUOK is often mistaken for a “Tan Sri” or “Tun”. But the 94-year-old tycoon, who was born in Johor but is based in Hong Kong, is neither.

Those close to him say that he politely declines any honorific titles because he wants to be known distinctly as an international businessman and not someone who is associated with any particular country or political leader.

Kuok’s flagship company in Malaysia is PPB Group that is into plantations and the processing and distribution of flour and bread. It also owns the chain of cinemas under Golden Screen Cinemas Sdn Bhd (GSC).

Outside of Malaysia, his companies come under the Kerry Group that is based in Hong Kong. The Kerry Group controls Shangri-La Asia Ltd that owns and operates the famous hotel chain. It also is a major shareholder in Kerry Properties and Kerry Logistics.

Through an intricate web of shareholdings, Kuok controls Wilmar International Ltd, the world’s most valuable listed plantation company that is based in Singapore and managed by his 67-year-old nephew, Kuok Khoon Hong.

With a market capitalisation of almost S$23bil as of the end of last year, Wilmar is more than a plantation player. It has its hands in the trading and production of a variety of edible commodities such as sugar and palm oil.

Kuok’s interest in Wilmar is held through PPB Group and Kerry Group of Hong Kong and collectively amounts to 28.3% of the company.

At one time, Kuok was said to be in control of 10% of the global sugar production, something that earned him the title “Sugar King”.

In Malaysia, Kuok disposed of his sugar business to the Federal Land Development Authority or Felda in 2009 and went on to control the raw sugar supply in Australia.

As in previous years, the Kuok group was quiet on the corporate front last year.

The most notable deal in recent times was the sale of the South China Morning Post to China’s e-commerce giant, Alibaba Group, for HK$2.06bil, a transaction announced in December 2015.

Last year, there were reports of the PPB Group putting up GSC for sale, with the valuation being bandied about at US$500mil.

THE 66-year-old head of the Genting group of companies has had a busy 2016 expanding the group’s operations in the leisure and gaming segments both locally and abroad.

In Malaysia, Genting continued with its upgrading works at the highland resort. There was progress to the 10,000-room hotel and further expansion of the theme park. This is part of a 10-year master plan called the Genting Integrated Tourism Plan (GITP) that will see the group spend some RM10bil to upgrade the resort.

Other key features of the GITP are the construction of a 20th Century Fox World theme park estimated to cost RM2bil, a shopping mall and a Genting Premium Outlet store.

Outside Malaysia, the Genting group, among others, expanded its gaming operations in the United States, made a bid for a licence in Japan and purchased a shipyard in Germany that is building its luxury cruise liners operating out of Hong Kong.

Empire Resorts, which owns and manages several hotels and casinos in the United States, received the licence to build a racing course and casino (racino) about 90km off New York.

Genting Hong Kong took delivery of Genting Dream, its latest luxury cruise ship worth about US$1bil. The cruise ship is targeted for the Chinese cruise market.

Lim had told reporters in November last year that he felt the time was ripe to tap into the mainland Chinese market, and that the group was preparing a line of luxury cruise ships to cater to the expected demand.

The Genting group, which anchored its fortunes on a resort and casino built in Genting Highlands in the late 1960s, is now a global company with resort and casino operations in almost all the continents. Since opening its doors for business on May 8, 1971, the group is probably the only gaming company in Asia that can claim to be running its operations 24 hours a day.

. The Lim family has a direct 58.4% interest in Genting Hong Kong.

THE 87-year-old banker is hardly seen in public these days. However, the returns that the bank gives its shareholders resonate well among the investing public.

Assuming someone had purchased a PBB share at the end of 2010, which was trading at RM13.02, and the person had subscribed for a one-for-10 rights issue at an outlay of RM14,400, the returns in share price appreciation alone after five years would have amounted to about 41.5%.

In addition, the shareholder would have received RM2,710 in dividends over the period.

Teh, who is the chairman of the bank, does not hide the fact that it thrives on its prudent style of lending and consistent returns to shareholders.

In his annual message to shareholders, he does not fail to reiterate how much they have gained by being his long-term shareholders.

For instance, in the 2015 annual report, Teh stated that if a shareholder had bought 1,000 PBB shares when the bank was listed in 1967 and subscribed for all the rights issues and not sold any of the shares, they would have held 148,938 shares by the end of 2015,

At today’s price of RM20 per share, it would be worth almost RM3mil while the total outlay would have been RM235,612, including the amount forked out for the subscription of rights.

In addition, the shareholder would have received dividends of RM1.08mil since 1967.

The healthy returns to shareholders are one reason why PBB has established itself as the most expensive financial institution in the region, trading at a price-to-book ratio of 2.3 times, way above the industry average of one times book value.

Its cost-to-income ratio is about 31%, much lower than the industry average that is closer to 48%, while the bad loans are about 0.6% of its total portfolio.

No longer handling the day-to-day operations, Teh, who owns 23.4% in PBB that would fetch a price tag of more than RM20bil, does not have a clear successor.

Nevertheless, those familiar with the bank say that the system in place in the bank is robust to ensure that the standards of prudence remain and see to it that the bank is able to generate hefty returns, even in bad times.

ANANDA saw his estimated wealth being shaved off by 13% due to the decline in the value of all his three flagship listed companies by about almost RM3bil last year.

However, that would probably be the least of the worries for the 79-year-old, low-profile businessman. In the last few years, he has been dogged by a case in India where the authorities are seeking his assistance in relation to the takeover of Aircel Ltd by his privately-held Maxis Communications Bhd in 2006.

He has been implicated in the case together with his long-time point man Ralph Marshall and the Maran brothers – Dayanidhi Maran and Kalanithi Maran. The Maran brothers have been cleared of all charges of wrongdoing in relation to the transaction.

However, there is no word on the status of the tycoon so far.

Ananda, who made his fortune by spotting and capitalising on consumer trends way ahead of others, obviously did not see the fall in the price of oil that has contributed to the biggest drop in his net worth.

, his flagship oil and gas (O&G) company, had a market capitalisation of RM6.4bil. Last December, it was down to RM3.5bil.

The market capitalisation of Ananda’s other listed companies, which are Maxis Bhd

Like some of the top tycoons, Ananda does not seem to have a clear successor to manage his empire, that is mainly in the telecommunications, pay-TV and O&G industries.

None of his children are in the business and last year, Marshall left the group. However, Ananda has an able set of people who have executed the plans and vision of the billionaire.

This year, if Ananda manages to settle the case in India, it will pave the way for Aircel’s consolidation with other telcos in that country.

If that happens, it will be a major lift for the tycoon, who has not had much success outside the Malaysian shores in the telecommunications and pay-TV sectors.

THE man who made his fortune by whispering to the trees on the vast tracts of oil palm plantations, has made more corporate moves in the property market than the oil palm business.

Both parcels were purchased through competitive tenders. However, IOI Prop’s purchase of the land in Singapore raised eyebrows because it set a new record.

IOI Prop paid an equivalent of S$1,689 per sq ft for the land in Marina Bay, topping the previous record of S$1,409 paid by a Qatar fund in 2007 for a parcel in the same location.

The question that has always been asked about IOI Prop’s ventures abroad is whether the group has been able to make money from its projects, as the land acquisitions were at the high-end of the band.

This is because the group’s first major property venture abroad – in Singapore in 2008 – has not had much of a success due to bad timing.

The global financial crisis came just after IOI Prop purchased a parcel of land for development in Sentosa Island.

The group said that it has been able to make money from its ventures in Singapore, and that the units built in the Sentosa Island project are now only available for rent.

Lee’s worth has increased mainly due to IOI Prop’s market capitalisation.

However, this year, considering that crude palm oil prices are on the rise, his value should come from his plantations business that is the mainstay of the group. 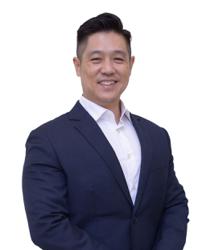