Foreign workers remit most of their wages to their families

COMMENTARIES on a coherent foreign labour policy have again emerged in the last few weeks. The common consensus is that Malaysia does need foreign labour, but there needs to be a holistic policy on foreign labour which has certainty to enable planning by employers and it should be consistent as flip-flops are costly to businesses.

It should also be for the longer term to ensure labour supports sustainable economic growth. Recent policy measures on foreign labour, especially for unskilled workers have been ad hoc and employer protests on uncertainty of implementation have caused these policy measures to be announced and then deferred.

Indeed, migrant workers do fulfil a gap in labour shortages, especially in jobs shunned by Malaysian workers, the 3D of dirty, dangerous and difficult.

However, the substitution of low skills and low wages has proven detrimental to economic growth prospects through perpetuating low productivity. There is no disagreement among policy makers that foreign unskilled labour brought in as a short-term interim measure needs to be upscaled with higher skilled labour over time and with appropriate combination of equipment, machinery and technology to raise productivity.

But employers, now accustomed to easy cheap low wage labour will resist measures which aim to ease dependence on unlimited, unskilled and low wage foreign labour. This is seen in several measures in recent periods being pulled back because of strong employer lobby.

While commendable measures under the Employers Mandatory Commitment (EMC) such as making employers accountable for payment of foreign worker levies by itself will not resolve the adverse economic consequences of the current foreign labour policy, the measure should be allowed to proceed next year as initial steps in a range of measures to address the foreign labour issues.

Meanwhile, the government should use the period prior to making employers responsible for levies, to formulate a more comprehensive policy and ecosystem which will incentivise employers to better leverage foreign labour to raise productivity. This move will be consistent with employers’ view that levies alone cannot promote automation. There needs to be a more comprehensive analysis of overall costs to employers.

The Malaysian Economic Association (MEA) supports the many calls that the government can no longer delay putting in place a comprehensive, consistent and holistic policy on foreign unskilled workers. Mier has been urging for this comprehensive foreign labour policy since the mid-1990s.

The New Economic Model (NEM) identified that the two basic factors for accelerating growth are absent in Malaysia, namely workers competing to upgrade for higher wages and firms see increasing need for use of skilled workers as necessary to raise their productivity. Employers do not pay for skills, continuing to operate in a comfort zone of readily available pool of foreign workers and under-priced resources to generate profits.

However, employers are not to be blamed entirely for this phenomenon. The ecosystem does not support the move towards a skilled labour market. In fact the ecosystem and the government delivery of public services relevant to labour perpetuate the proliferation of cheap labour in the market place.

There is also inadequate incentive, fiscal or otherwise to incentivise firms to raise productivity with a better balance of use of capital and skilled labour. The competition playing field is also not developed for firms to increase dependence on equipment, machinery and technology and pay higher wages in a competitive labour market.

The NEM and subsequently, the 11th Malaysia Plan have made a strong pitch for developing a quality workforce and reducing the dependency on foreign labour. Specific measures to reduce foreign labour were recommended. But more importantly is developing the environment necessary to creating a competitive labour market that will drive productivity.

These require addressing issues from education to increase talent over time, re-skill existing labour (including foreign labour already in Malaysia) to removing distortions in the labour market which are constraining wage growth. The 11th Malaysia Plan went further to limit the ratio of foreign labour at not more than 15% of total labour. The ratio is currently estimated at around 43%.

Calls for a comprehensive policy on foreign labour also beget the concern that ad hoc measures to address short-term issues can create unwarranted consequences which can be more problematic over the longer term.

Many quarters, including employers, would like to see a comprehensive labour strategy to serve Malaysia’s economic needs over the long term and support a well-functioning competitive labour market, including an appropriate mix of local and foreign labour of different grades of skills. The formulation of this strategy must involve employers.

They are able to provide the input on practicality as well as the guidance on the necessary initial conditions which will need to be established for the different range of measures to be successful and achieve their objectives.

There have been many valuable targets suggested by industry which should be considered in the labour strategy. Employers are most concerned on a labour crunch emerging if a policy to reduce foreign labour is not implemented carefully and in consultation with employers.

Part of the strategy on foreign workers must address the regulations and processes for engaging these workers. Since Malaysia began recruiting foreign labour, employers have repeatedly called for foreign workers to be allowed to stay for long durations.

This will reduce costs of training while enabling workers to also move up the skill and wage ladder. Concerns on implications of citizenship issues can be managed to achieve a balance of foreign labour being able to stay long enough to raise skills to benefit the overall labour cost management to employers against other socio-political issues.

Other advantages of longer duration stay for foreign labour such as savings maintained in Malaysia with consequences of lower remittances abroad as well as impact on housing market among other implications should also be considered in the overall policy on foreign labour.

A certainty on longer duration of stay will change the scenario of foreign labour input for a competitive, market driven labour market.

A foreign labour policy which aims to only source cheap unskilled labour through a constant flow of new unskilled foreign labour which leads to a low wage low income workforce is not sustainable for long-term productivity growth, and in conflict with realising a stronger growth trajectory through moving up the value chain.

On recruitment of foreign labour, the government needs to respond to employer calls for a viable system that is efficient and will ensure that corrupt practices will not occur. In this regard, suggestions on a one-stop foreign workers recruitment authority were proposed. This authority would regulate and enforce non-compliance with foreign worker policies.

Regulations on foreign workers must observe standards of best practices and employers must be under surveillance to comply with these standards.

These regulations must include very strict rules on foreign labour recruitment, beyond the imposition of levies on employers. Unrelated to the proposal of a single foreign labour authority, there are suggestions for the Immigration Department to be solely and directly accountable for foreign labour entries, without any outsourcing to avoid abuse and corruption.

The strategy for reducing dependence on foreign labour calls for appropriate incentives to increase automation. Incentives can also include a reward system for progressive reduction in employment of low skilled foreign labour, especially for the SMEs and the services sector.

An over-riding issue that is fundamental to a coherent strategy on reducing the dependency on foreign labour is having accurate statistics on foreign labour. A reporting system is necessary for data that is current and reliable to support good policies.

Malaysia’s economic growth is dependent on the quality of its workforce, and this applies also to the foreign labour recruitment policy and skills development for foreign labour.

This means that the foreign labour policy must go beyond a policy on recruitment. It must be part of the overall strategy for a well-functioning competitive labour market with enough incentives to increase capital investments to support higher productivity of labour.

Developing a strategy with employers as a business plan partner can avoid implementation errors and ensure objectives can be achieved. A labour market strategy to achieve objectives of a high income economy must leverage on foreign labour.

It requires use of modern equipment, machinery and technology. Components of this strategy have been outlined in the NEM and the 11th Malaysia Plan. These should be revisited and implementation of a comprehensive labour market reform should not be delayed further. 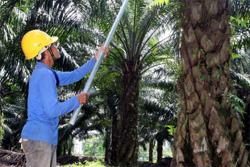 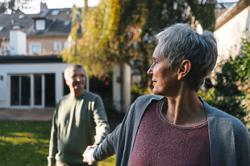