, which has a 20-year agreement with Tokyo-listed FamilyMart Co Ltd to be a FamilyMart master franchisee, plans to operate four FamilyMart convenience stores by year-end.

Its unit Maxincome Resources Sdn Bhd, which holds the area franchise agreement, said in a statement that the second store had just opened in Mid Valley following the pilot store in Wisma Lim Foo Yong, also located in Kuala Lumpur.

QL will also open stores at the Taman Tun Dr Ismail (TTDI) station of the Sungai Buloh-Kajang MRT line and KLIA2 before the year ends.

“Based on current developments and projections, the group is optimistic that it is on track to achieve 300 stores in five years,” said Maxincome.

FamilyMart is currently the only convenience-store chain in the country that originates from Japan. This will introduce Malaysians to konbini, a Japanese concept of convenience store.

According to the statement, the chain is renowned for its range of freshly prepared, wholesome, quality ready-to-eat food that is delivered to stores daily along with hot food serving in store.

FamilyMart Malaysia has maintained the Japanese influence on its stores, but has ensured that a local identity remains with its product offerings.

In its ready-to-eat food range, there are onigiri, bentos which provide a Japanese flavour alongside local favourites such as nasi biryani and mee siam, and wholesome items such as salads and sandwiches.

Maxincome said services such as courier service parcel delivery and collection, along with printing and photocopying, would be gradually introduced in stores depending on size and location.

FamilyMart is believed to be the second largest convenience-store chain in the world with almost 25,000 stores in eight countries. 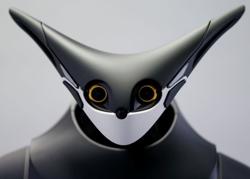 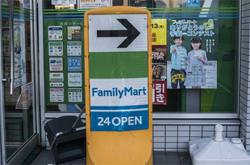