Boss’ prediction: Hugo Boss expects 2017 to be a year of stabilisation and a return to growth in 2018.

BERLIN: The new chief executive of Hugo Boss said plans to revive the struggling German fashion house by cutting brands and bringing prices in line across different countries will only bear fruit from 2018, sending its shares lower yesterday.

Mark Langer, who is reversing the course of his predecessor Claus-Dietrich Lahrs, said the company will now focus on two main brands, premium menswear and its Hugo label for younger shoppers.

Lahrs, who had taken the premium label more upmarket as the luxury sector boomed, quit in February after a severe slowdown in luxury demand led to a steep fall in sales in the United States and China.

Ahead of an investor day in London, Boss said it expected 2017 to be a year of stabilisation, predicting a return to growth in 2018. Boss expects currency-adjusted sales to fall by up to 3% this year. Analysts had on average forecast 1% growth in sales for 2017.

Shares in Hugo Boss, which have rallied 14% in the last month after it and other luxury fashion companies signalled a recovery in China, fell 6% by 0923 GMT, making them the biggest fallers among German mid-cap stocks.

Since Langer took over, the stock has narrowed its discount to luxury peers, trading at 17.3 times forward earnings, compared with 19.3 times for sector leader LVMH and 17.7 times for Burberry.

Boss said it would continue to bring the prices of its goods in different regions in line, leading to further cuts in Asia and a slight rise in Europe, while prices should stay stable in North America. Despite price cuts in China, a suit that costs 500 euros (US$535) in Germany still costs 900 euros in China.

The firm said the Boss Orange and Boss Green labels – the former more fashion-focused and the latter inspired by sports – would no longer be continued as separate brands, but would be integrated into its main Boss line.

Its Hugo line aimed at a younger, more fashion conscious customer will be priced at roughly a third less than the Boss

brand by the time of its Spring 2018 collection.

Langer had already announced plans to return Hugo Boss to its roots selling smart men’s suits, cutting costs and shutting stores. Under Lahrs, the company opened more than 400 stores worldwide and had invested heavily in womenswear.

Boss said that womenswear would remain an important part of the business, and is continuing its collaboration with designer Jason Wu. However, the group will only present its menswear collection at the New York fashion week next year.

Boss reiterated that it would slow down the store openings, moving more of its business to online. It also plans to lift productivity in its retail business by around 20% over the next few years. – Reuters 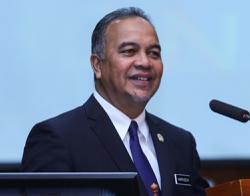