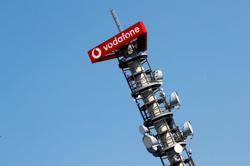 Better and cheaper: (from left) Imri, Zamzamzairani and Bazlan at a media briefing to announce TM’s initiatives to further upgrade nationwide broadband reach, quality and affordability.

’s (TM) will unveil more affordable packages in stages to make broadband services considerably cheaper within the next two years.

The immediate beneficiaries will be existing UniFi customers who are entitled to a free higher speed upgrade for the same price.

“We are still in discussions with the Government on how to implement this (reduction in pricing). We have a window of two years to work on it.

“We were already planning for a reduction as that is where the trend is heading. It was a question of timing to implement it,” group chief executive officer Tan Sri Zamzamzairani Mohd Isa said in a briefing yesterday.

TM said all its current UniFi subscribers would stand to get the free upgrade, subject to eligibility and technical feasibility.

The greatest beneficiary of the upgrade will be those currently on the VIP5 and VIP10 subscriptions.

Zamzamzairani said TM would inform its subscribers to convey the changes starting December this year.

To date, TM has more than 2.37 million broadband customers, of which over 900,000 are UniFi customers.

More than 60% of TM’s broadband customers are now on its four-megabyte per second (Mbps) and above packages, while about 68% of UniFi customers are on packages of 10Mbps and above.

Zamzamzairani was responding to the Budget 2017 announcements that fixed-line broadband service providers would have to offer services at a higher speed for the same price effective January 2017.

For example, a subscriber of its five Mbps package at RM149 will enjoy a package with twice the speed, which is 10 Mbps.

Within the next two years, for this package, the speed will be doubled at a price reduction of 50%.

Under the initiative, the average broadband speeds for residential UniFi customers will be doubled, but for the same price.

TM will also be introducing new broadband package offerings for non-UniFi customers in 2017.

Consumer and SME executive vice-president Imri Mokhtar said the price per Mbps was dropping and this trend was expected to go on for years to come.

“For home customers, they can expect their broadband speed to be upgraded in phases beginning January 2017 and not at the flick of a switch,” he said.

“The announcement made during the tabling of Budget 2017 was timely, as TM had already embarked on an initiative to upgrade the broadband speeds of our existing customers in April this year when we launched our UniFi Pro Plan offering 100Mbps,” Imri said.

He explained that the better customer experience that TM intends to provide with higher speeds could help the group in terms of customer retention and churn rate, thus mitigating its costs.

However, competition in the fixed-line and fibre broadband segments will remain moderate.

It added that fixed-line revenue is to grow by a low-single-digit percentage, driven by TM’s deployment of the HSBB-2 and SUBB projects.