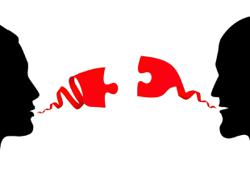 THE Pangkor Dialogue has been proven to be fruitful to the Perak State Government as output and takeaways from the dialogue are used to design policies and strategies for the state.

The annual event, organised by Institut Darul Ridzuan (IDR), is an international platform for knowledge exchange, which aims to inspire sustainable economic growth in line with the Sustainable Development goals set forth by the United Nations.

Themed ‘Building Resilience For Inclusive and Sustainable Future’, the Pangkor Dialogue 2016 focuses on building resiliency for a sustainable and inclusive future.

“This is the fourth year since we started Pangkor Dialogue, which was formerly known as Pangkor International Development Dialogue.

“The dialogue has since grown, in both size and quality.

“This year, we are expecting more than 1000 attendees from various professions and industries.

“We also have a line-up of esteemed speakers who will be sharing their ideas during the dialogue,” said Institut Darul Ridzuan (IDR) CEO Dr Mazalan Kamis.

The previous dialogues have propelled progress for Perak.

For example, new sectors for future economic development have been identified and are being considered by the state government.

These sectors are namely biotechnology, green economy, electric and electronics, rubber based products, as well as palm oil and its related activities.

Apart from that, the state is setting up a State Housing Board to monitor house prices in Perak.

Some 15,000 new affordable houses are to be built to address home ownership issues.

The state has also implemented measures to increase household income, which resulted in a rise in the middle income group from 39.9% in 2012 to 41.9% in 2014.

Pangkor Dialogue is one of the many drivers of development to the state.

An item on Pangkor Dialogue’s agenda is to get Ipoh recognised as a Social Business City.

The objective of a social business city program is to connect dedicated citizens, initiatives, companies and municipal authorities of a city and enable them to solve social problems and create a sustainable social impact through social business.

It is an environment where all parties feel jointly responsible for social problems that they encounter in their everyday lives.

In other words, a successful Social Business City Program is the culmination of an enabling ecosystem for social businesses within a city.

The services sector is a major contributor to the state’s gross domestic product (GDP), particularly tourism, which has been raking in new investments and opportunities in Perak.

For the period within January to March 2016 alone, new investments in Perak has totalled RM1.1bil.

A new focus on Meetings, Incentives, Conference, Exhibitions (MICE) for the state is spurring investments for a hotel, convention centre and theme park.

In-bound flights to Ipoh has increased five-fold to over 25 flights per week, with an estimated 181.7% increase in passengers from 71,000 in 2011 to over 200,000 in 2015.Perak received the most local tourists in 2015, and Ipoh alone has garnered international recognitions as a choice travel and retirement destination.

Recently, Lonely Planet marked Ipoh as one of the top 10 tourist destinations in Asia while US News ranked Ipoh as a top 10 most affordable place to retire.

Pangkor Dialogue was a brainwave of Perak Chief Minister Datuk Seri Dr Zambry Abdul Kadir, who wanted to organise an international dialogue or forum in Perak, with Pangkor as a brand.

The first dialogue saw participation from 200 to 300 academicians in Lumut, Perak.

Last year, Institut Darul Ridzuan expected 600 attendees but instead had 1000 attendees at the dialogue.

The 1000 attendees had an even mix of representatives from the private sector, government and non-governmental organisations (NGO), as well as academia.

Pangkor Dialogue 2016 is expected to have more than 1000 participants, with an added exhibition space and venues for business networking.

Several ministers from Sri Lanka, Maldives, and Malaysia are expected to attend the event.

Apart from that, there will be satellite events that will focus on eight focus areas related to the Perak state agenda.

“When you develop, you do not want a segment of society to be excluded or have the environment destroyed.

“The Pangkor Dialogue is a very strong platform and I think it is also the largest platform out of the West that is discussing about sustainability and inclusiveness,” said Mazalan.

Perak is not a place that comes to mind when one thinks of global forums and Mazalan is working to change that perception.

“Davos in Switzerland, was rarely heard of back then, but today, Davos is synonymous with the World Economic Forum.

“Perhaps, in the future, Pangkor will be similar to Davos.

“Davos took 30 years to arrive to its status today, so we are still at an infancy stage,” said Mazalan.

Despite the ‘Pangkor’ in Pangkor Dialogue, the event has yet to be held in Pangkor as there are insufficient facilities to house the many participants of the dialogue.

The state government aims to house the dialogue on Pangkor Island within the next five years, but until then, the event will be held in Ipoh. 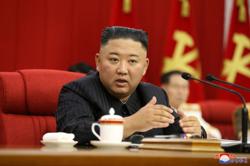