After one year of implementing Goods & Services Tax (GST), Malaysian consumers are still holding back on spending.

KUALA LUMPUR: The Malaysian retail industry recorded a 4.4% fall sales in the first quarter of 2016 compared to a 4.6% growth a year ago, according to Retail Group Malaysia.

The fall was attributed to higher pre-GST sales a year ago, as well as weak Chinese New Year sales in February 2016.

The report was based on interviews with members of the Malaysian Retailers Association (MRA) on their retail sales performances.

Although a negative first quarter growth rate was expected, the results were below the industry expectation of a 4% fall in sales, said the group.

“Consumers' spending rose sharply during the last few weeks before the implementation of GST from April 1, 2015.

“Consumers took advantage of the retail offers in anticipation of price increases after the implementation of GST,” it said in the report on Thursday.

It added that prices of retail goods and services have been increasing gradually since early this year, partly due to the weak ringgit.

This, it said, had further deteriorated the spending power of Malaysian consumers.

“Retailers continued to depend on heavy price discounts to attract Malaysian consumers to buy. As a result, their profits were eroded,” it said.

The report stated that all retail sub-sectors recorded declines in their businesses during the first quarter except the “Other Specialty Retail Stores” sub-sector.

The group said members of the retailers’ association expect their businesses to return to black during the second quarter of 2016 with an average growth rate of 9.9%.

“The greatest challenge in 2016 for the retail industry in Malaysia is still consumers’ spending.

“After one year of implementing Goods & Services Tax (GST), Malaysian consumers are still holding back on spending. 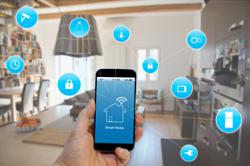