Chua: ‘The Government recognises the important role of the VC industry as a source of financing to emerging high-growth companies.’

The funds were invested in a total of 220 companies.

In terms of investments by sector, the sectors that received most of the VC investments were the IT and communications sector, followed by the manufacturing and life sciences sectors, which includes biotechnology, among others.

“The Government recognises the important role of the VC industry as a source of financing to emerging high-growth companies, and various efforts have been focused on creating a favourable environment for VC activities to thrive.

“These include, among others, the Multimedia Super Corridor initiative, tax incentives for the VC industry, the establishment of special VC funds, the establishment of technology parks as well as the enactment of the necessary legal framework to protect the intellectual property rights,” said Chua during the South-East Asia VC and Private Equity (PE) Conference 2016.

Malaysia’s ranking in the overall Global VC and PE Country Attractiveness Index has since risen to 12th position in 2015 from 18th in 2011.

Malaysia Venture Capital and Private Equity Association (MVCA) chairman Amin Shafie noted that not many VCs in Malaysia were looking into other areas such as green technology, biotechnology and manufacturing services, which are relatively prime sectors in Malaysia.

“We do not see a lot of fundamental research related to green technology in Malaysia.

“Although we have opportunities in green technology, in terms of commercialisation and creating new business models for the services that they offer, these sectors are relatively untapped,” said Amin. 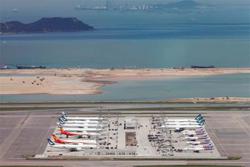