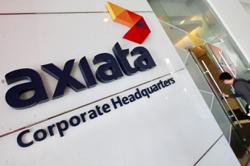 Chief executive officer (CEO) Datuk Seri Shazalli Ramly said the mobile telecommunications provider has set aside RM1.8bil to RM2.2bil, which includes spectrum refarming costs, to deploy the infrastructure over the next five years.

The partnership with Ericsson and Huawei, he said, marked one of the components of Celcom’s “great migration plan” from the traditional voice to real voice, data and digital centric player, since it had successfully completed its five-year transformation plan in September 2014, ahead of its 2015 deadline.

The tie-up will see both companies responsible for the full turnkey supply and product delivery, equipment, system, works and services for Celcom Radio Access Network (RAN) that would lead to better customer experience.

“We will be adopting more new technologies from Ericsson and Huawei, which would reduce the number of sites, whilst getting a broader coverage.

“This is a major boost in terms of savings. Apart from that, the tie-up would benefit Celcom by getting us ready for 5G in the future,” Shazalli told reporters after the signing ceremony to mark Celcom’s collaboration with Ericsson and Huawei yesterday.

While Celcom focused on strengthening its service, subscription, advertising and interactive revenues, it also aimed to be the most trusted network in Malaysia, noted Shazalli.

“We want to be efficient in how we deploy our technology and prudent in our capital expenditure (capex) spend, going forward,” he said, adding that it would provide strong data throughput throughout 25 prime areas nationwide, with almost 95% coverage.

Last Thursday, Celcom announced that it was allocating at least RM1.2bil for capex this year to expand its 4G service areas, as well as building a more quality coverage in 25 identified prime city areas.

It was also undertaking various “smart-spending” and “cost-saving” measures to support its bottom line, while it expects profit margin erosion amidst stiff competition in the industry.

Meanwhile, on when the telco provider would be rolling out the 5G network infrastructure, Huawei CEO Abraham Liu said it would start the 5G trials in 2018 with commercial metro network to be streamlined by 2020.

Commenting on the challenges faced in the industry, Shazalli said the telco provider had to be ready to face the continuous changes in technology and evolving consumer needs.

“We build on multiple possibilities and that is the challenge of the new migration,” he added.

As at fourth quarter of 2015, Celcom had 12.25 million subscribers, of which 9.45 million were prepaid customers. 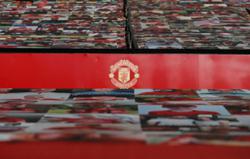