Background of Mueller and Bellew 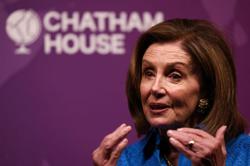 “We still have a long way to go but existing and new partners believe in our success and Malaysia Airlines has been set on a path towards reclaiming its position as one of the world’s leading airlines,” said MAS group chief executive officer Cristoph Mueller.

Christoph R. Mueller, 54, has over 25 years of experience as a turnaround specialist in the aviation, logistics and tourism industry.

He is best known for his successful turnaround of Irish airline Aer Lingus.

Mueller graduated in 1988 from the University of Cologne with an MBA and subsequently completed an Advanced Management Program at Harvard Business School in 1999.

He started his career in German airline Lufthansa as a financial analyst.

During his expansive career, he founded Brussels Airlines, served as chief financial officer of DHL Worldwide and was also the executive aviation director at TUI Travel, a FTSE 100 company, which he restructured.

In 2009, Mueller was appointed CEO of Irish airline Aer Lingus, where he repositioned the loss-making company as a service airline to compete with low-budget alternatives such as Ryanair.

In 2015, he left Ireland to take up the CEO position at Malaysia Airlines, a company that was then described as ‘technically bankrupt’ and further floundering from two air incidents, MH370 and MH17.

Mueller joined the airline after it was privatised and subsequently announced 6,000 job cuts, roughly a third of the workforce.

Peter Bellew, the chief operating officer (COO) of Malaysia Airlines Bhd has been appointed as executive director following the resignation of its CEO Christoph Mueller.

In that position, Bellew was second in command in Malaysia Airlines under its new chief Mueller.

In his last position in Ryanair, Bellew was the director of flight operations.

He had held a myriad of different posts at the low-cost carrier, which included director of training and recruitment flight operations, and head of sales and marketing.

He worked for Ryanair for nine years.

He managed legal disputes with pilots and previously was responsible for sales and marketing.

He started his career as a travel and air travel specialist, also dealing with Ryanair some 30 years ago.

He was formerly a senior director in Ireland-based Kerry Airport, where under him, the passenger numbers increased from 6,000 to 400,000. 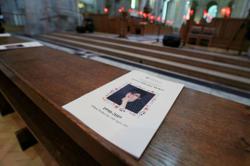 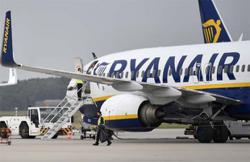