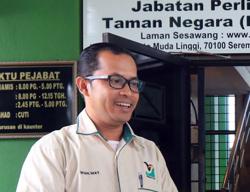 “We still have a long way to go but existing and new partners believe in our success and Malaysia Airlines has been set on a path towards reclaiming its position as one of the world’s leading airlines,” said MAS group chief executive officer Cristoph Mueller.

Khazanah Nasional Bhd, which is the sole shareholder of the airline, said on Tuesday it was informed by the MAB board of directors about Mueller's intention to leave.

“The matter has also been discussed and recorded at the Khazanah board of directors meeting earlier today.

“While we would have wanted Mueller to continue as planned, we also respect and ultimately agree to his decision to leave ahead of the end of his three-year contract, due to a change in his personal circumstances,” it said.

To recap, German-born Mueller is the first non-Malaysian at the helm of the national carrier.

MAB took off on Sept 1 last year by taking over Malaysian Airline System Bhd operations, including assets and liabilities.

In an interview with AP early April, Mueller said MAB posted a profit in February - its maiden positive monthly result - and it was on track to return to profitability by 2018.

“For a company that lost RM2bil just last year, if you are able to break even for a month or so, it means the financial gap between revenue and cost has significantly closed, and that is good news that tells us that we are on the right trajectory,” he said in an interview.

Below is the statement issued by Khazanah:

Khazanah Nasional Berhad (“Khazanah”) has been informed by the Malaysia Airlines Berhad (“MAB”) Board of Directors that CEO and Managing Director Christoph Mueller will leave his executive position in September 2016. The matter has also been discussed and recorded at the Khazanah Board of Directors meeting earlier today.

While we would have wanted Mr. Mueller to continue as planned, we also respect and ultimately agree to his decision to leave ahead of the end of his three-year contract, due to a change in his personal circumstances.

Khazanah would like to thank Mr. Mueller for his instrumental contribution in the restructuring efforts, all the while demonstrating strong performance as the person tasked with implementing the turnaround of the national carrier and developing talent for eventual local succession.

We note that Mr. Mueller has laid the groundwork, put in place a strong management team, and undertaken the necessary measures and initiatives that have produced encouraging signs of progress on Malaysia Airline’s path to recovery, as called for under the five-year 12-point MAS Recovery Plan (“MRP”).

We also record our appreciation for Mr. Mueller’s commitment to facilitate an orderly transition by serving the full six-month notice period as CEO to September 2016, and beyond that, for his commitment to remain on the MAB Board as Non-Executive Director to see through the leadership transition and continue contributing to the implementation of MRP.

Khazanah as the sole shareholder of MAB will, in consultation with the MAB Board and the Government, through the Minister of Finance, undertake the succession planning for the new CEO of MAB.

In accordance with the provisions of and conditions contained in the MRP, the final decision on the new CEO of MAB will be undertaken through all necessary consultation and approvals before the end of Mr. Mueller’s term in September 2016.

Khazanah notes the implementation of the MRP is on track and on schedule over the 20-month period since its announcement in August 2014.

Much has been achieved over this period and Mr. Mueller has contributed significantly to its progress to date.

He has also helped to lay the foundations for a sustained turnaround and in that regard, Khazanah will continue to support and drive the recovery further in the remaining 40 months of the MRP. 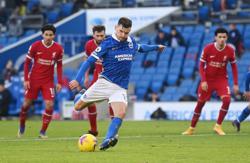