From Golden Plus to black box 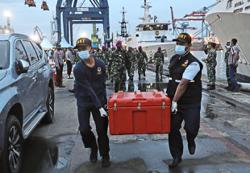 When a listed company doesn’t issue results for years, we must know exactly what went wrong

GOLDEN Plus Holdings Bhd (GPlus) will be delisted on Tuesday. But that shouldn’t be the end of the story. If that’s the last we hear of the company, we would have reason to question the level of corporate governance and regulatory effectiveness in Malaysia.

Yes, Bursa Malaysia has reprimanded the company several times and has punished the directors with fines totalling almost RM5mil, but these enforcement actions don’t bring us any closer to understanding what has happened with GPlus.

It’s one of the greatest mysteries of corporate Malaysia that a Main Market company’s minority shareholders — close to 5,000 of them — can be starved of updates on the company’s performance for years.

The last GPlus annual report was for a two-in-one edition covering 2008 and 2009, and after the release of the results for the fourth quarter ended December 2010, there has been little information about the state of the company’s operations and assets.

As remarkable as it sounds, a listed company worth about RM150mil (just before its shares were suspended in August 2009) has transformed into a black box.

Much of that market value was based on its core business of property development in China, specifically the Royal Garden project in Shanghai.

And when things turned murky with this project, GPlus began to have problems complying with disclosure requirements.

According to the stock exchange, GPlus said it couldn’t issue its audited accounts for 2010 and subsequent financial results, primarily because of a dispute over the accounts of a China subsidiary that indirectly handles the Royal Garden project.

However, Bursa Malaysia rejects the GPlus board’s contention that it had no control over the events that prevented the finalisation of the subsidiary’s accounts.

The stock exchange points out the directors are responsible for the preparation and finalisation of the company’s financial statements. It also argues that they hadn’t taken reasonable steps to resolve the issues that caused the delay in finalising the subsidiaries’ accounts.

The latest reprimands and fines. announced on Thursday, address the failure to issue the financial statements. But what happens next?

With GPlus delisted, the investing public won’t even know it if the long outstanding results are finally out.

The shareholders will continue to be entitled to receive the company’s annual report and they have the right to attend the annual general meeting. But whose job is it to ensure that GPlus fulfils these obligations?

After Tuesday, GPlus no longer has to follow the stock exchange’s listing requirements. Does that mean Bursa Malaysia ceases to have any say over what GPlus does or doesn’t do?

Is it then up to the Companies Commission of Malaysia to act if GPlus deviates from the provisions of the Companies Act, which don’t have a lot to say about disclosure anyway?

The thing to note is that a January 2013 special audit report by PricewaterhouseCoopers Advisory Services Sdn Bhd revealed that a wholly-owned subsidiary of GPlus had lost the land use and development rights to the undeveloped portion of the Royal Garden project.

The GPlus board denied this. In April 2014, GPlus announced that the subsidiary had obtained an extension of those rights for phase 3 of the project.

That offers some comfort to the GPlus shareholders, but given that so much time has gone by without having any idea of what’s going on with the company, they can be forgiven if they find it difficult to rely on the information that comes from the company.

But here’s a bigger issue. How do we make sure that there’s no way another listed company can leave its minority shareholders in the dark for years?

Executive editor Errol Oh struggles to understand how the GPlus saga dragged on this long. 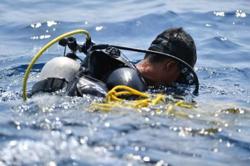