Triple blow for GPlus, including de-listing

KUALA LUMPUR: Golden Plus Holdings Bhd (GPlus) and its board have been dealt a triple whammy: Bursa Malaysia Securities Bhd’s public reprimand, total fine of RM3.25mil for 10 directors, and de-listing on April 19.

For the financial statements that are overdue by more than six months from the stipulated time frame for announcement/issuance, GPlus did not receive any further time extension.

On the delisting decision, Bursa Securities said: “The decision was made after consideration of all facts and circumstances and evidence procured including arising from the enforcement proceedings against GPlus and its directors for failure to ensure timely announcement/issuance of the outstanding financial statements and in view that there was no certainty as to when and whether GPlus would announce/issue these outstanding financial statements.”

GPlus had on Aug 25, 2015, received a notice dated Aug 24 from Bursa Securities to show cause on de-listing of the securities of GPlus and was given before Sept 8, 2015, to make written representations to Bursa Securities as to why its securities should not be removed. The company’s next Bursa announcement came on Sept 18 (on registrar’s change of address) with no mention whether any written representation had been made.

The public reprimand on GPlus pertains to “numerous financial reporting breaches and other breaches of the Main LR (Listing Requirements).”

Bursa Securities said the 10 current and former directors were publicly reprimanded for permitting GPlus’ failure to issue its financial statements and/or non-compliance with its directive. 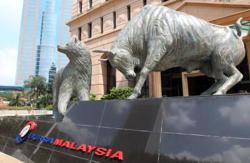