KUALA LUMPUR: KLCC Property Holdings Bhd (KLCCP) will be looking to for new tenants to set up office at Menara Exxonmobil after the main occupant – US oil giant Exxonmobil – decided that it won’t be taking up the whole building anymore under a new long-term lease agreement.

“We are confident that we would be able to fill in the remaining space,” KLCCP group chief executive officer Datuk Hashim Wahir told reporters when met during the Invest Malaysia 2016 event yesterday.

This confirms an earlier report by StarBiz that ExxonMobil, which had occupied the 29-storey office tower since 1997, may return several floors to KLCCP.

“We have received the confirmation from ExxonMobil to extend the lease on a 9+9+9 years basis, so it is a long-term lease agreement,” Hashim said.

Exxonmobil will be taking up only 70% of the total lettable area, with the rest to be put out for rent by KLCCP.

“ExxonMobil will still be the major and anchor tenant of the building.

“The company is optimising its operations in light of the low oil prices,” Hashim said.

Menara Exxomobil has a total net lettable area of 395,851.2 sq ft generating about RM42.8mil of revenue for KLCCP.

ExxonMobil is not the only O&G company cutting costs.

“Technip and other service providers have also reduced costs to tide over the low oil prices situation that is expected to last for a few more years.”

One of the measures by the companies is to reduce headcount and office space in the Kuala Lumpur city centre area.

On the other hand, Hashim said that although KLCCP was always on the lookout for new asset acquisitions, but the RM15bil company would need to be very selective.

“If we are looking at an asset it has to be sizeable, so even if we acquired RM1.5bil in assets it will only be a 10% change, which is not significant,” he said referring to potential acquisitions. 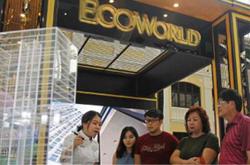 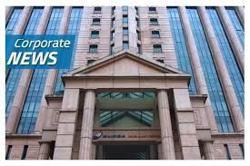