Yamato entry a coup for GDEX 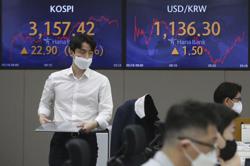 Teong: ‘We are very happy to have the opportunity to work with the largest and best player in Japan.’

THE entry of Japan’s Yamato Holdings into local courier company GD Express Carrier Bhd does look like a coup for the latter.

For starters, it is not every day that you read about a Malaysian-listed company being able to carry out a placement of its shares at such high valuations – GDEX shares trade at a price earnings multiple above 70 times.

The sale of 10% of GDEX shares at RM217.3mil was also done in today’s market, where valuations of many other listed companies have come down, giving investors a variety of other cheap companies to buy into.

To be sure, GDEX has for a long time traded at high valuations and this is possibly due to its high growth prospects, being a clear beneficiary of the increase in online purchases.

Still, it is no wonder that the exercise to place out GDEX shares had taken a while, considering that it was first announced a year ago.

But besides being able to find a willing investor for “expensive” shares, GDEX also seems to have found one that could potentially be highly strategic for it.

It has a market capitalisation of US$8.45bil and trades at a price-earnings multiple of 27 times.

The collaboration between the two entails cooperation on their line haul businesses between major centres to further improve efficiencies.

The line haul business involves transport of heavy loads of freight cargo over long distances or between cities, usually by trucks.

Furthermore, both companies will be collaborating on cross border logistics between Malaysia and Singapore, as well as seeking to grow together in the Asean region.

However, the exact details of the collaboration are being ironed out now, says GDEX’s group CEO and managing director Teong Teck Lean.

“We (GDEX) are very happy to have the opportunity to work with the largest and best player in Japan (Yamato Holdings).

“Yamato is a courier equipped with good technology and abilities.

“Thus, with such capital injection and business alliance, we are quite thrilled to be collaborating with Yamato,” Teong tells StarBizWeek.

But when pressed for more details, Teong says, “I am unable to elaborate further as we are in the process of finalising the details of our collaboration with Yamato Asia.

“A joint press conference will be held by the end of February 2016, where both parties will be signing the memorandum of understanding (MoU).

“Only then will we be able to speak further on the details of our collaboration.”

It will be interesting to watch how GDEX and Yamato finalise their collaboration agreements, considering they also compete in some areas.

Yamato Holdings has introduced its services under the brand name “TA-Q-BIN” in the Asian region since 2010.

On the other hand, GDEX’s core business is express delivery, in which the conventional business-to-business segment contributed 80% of its revenue, while the fast-growing business-to-customer or e-commerce related business contributed the remaining 20%. GDEX had also ventured into logistics services in financial year 2012.

Insiders say that it is Teong who had led the search to secure Yamato as a shareholder.

Teong first bought into GDEX as an unlisted and loss-making private company in 2000 to venture into the courier business.

Teong started off as an engineer by training, and later worked as a remisier, then as an institutional dealer at OSK Securities Bhd during the 1980s to 1990s. To date, Teong holds a 43% effective stake in GDEX.

Another notable milestone in GDEX’s journey is the entry of SingPost as a major shareholder.

SingPost now has a board member on GDEX.

Another interesting development to watch will be if and how Yamato gets to raise its stake in GDEX.

It says wants to increase its stake to 23%, the remainder of which will be acquired from existing shareholders.

Apart from Teong, the next two largest shareholders of GDEX are SingPost with a 23.51% stake and Bank Julius Baer & Co Ltd with a 10.05% stake.

GDEX is trading at a price-earnings multiple of 71.02 times.

Meanwhile, its forward earnings multiple for the financial year ended June 30, 2016, is at 58 times. 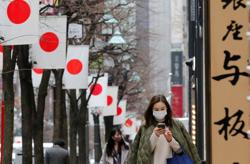