Khazanah rents out space in UK's The Shard

PETALING JAYA: Khazanah Nasional Bhd is renting out space in London’s tallest building to house its European investment operations, according to a report by London Evening Standard.

According to the daily, Khazanah joins nine other new tenants in The Shard who have signed leasing deals this year, leaving office spaces almost 90% fully occupied.

Jones Lang LaSalle (JLL) and Knight Frank are the property agents for The Shard.

When contacted, Knight Frank Malaysia managing director Sarkunan Subramaniam said that the deal was not executed by the Malaysian counterpart and would have been done in the UK, but did not confirm whether they were the agent involved. JLL Malaysia did not comment on the matter. New base: The Shard building is seen in front of dark clouds in central London. Khazanah joins nine other new tenants in The Shard who have signed leasing deals this year, leaving office spaces almost 90% fully occupied. — Reuters


The Shard, an 87-storey tower with residential and office spaces, had recently set new rental records. In August, UK media reported that IT firm Leonteq Securities leased the building’s entire 26th floor for over £90 per sq ft, a new high for the City area in London.

The tower is jointly owned by UK developer Irvine Sellar and the Qatar Investment Authority, which came on board as an investor in 2008. Other prominent anchor tenants in the building include the Al Jazeera Media Network, jewellery group Tiffany & Co and healthcare provider HCA International, which is the world’s largest private hospital group.

A check on The Shard’s current available-for-lease listings show that several floors in the tower are still unoccupied. The higher office floors are roughly 19,000 sq ft in size for each floor.

The rental space will be occupied by Khazanah Europe Investments Ltd (KEIL), a unit under Khazanah, and headed by executive director Javier Santiso to identify and execute investments in the region.

Plans for establishing a base in London were first announced by the state fund last July. In a previous statement, Khazanah managing director Tan Sri Azman Mokhtar said the establishment of KEIL will provide a platform to enhance business and technological linkages between Malaysia and Europe.

The London office would mark Khazanah’s first foray into Western Europe. It currently has bases in Mumbai, Beijing, San Fransisco and Istanbul. 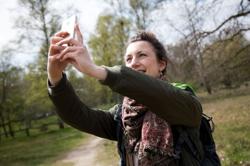