Bank Islam aims to give more financing for infrastructure projects 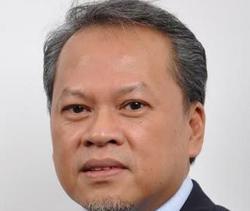 Islamic commercial banks are estimated to hold more than $1.3 trillion in assets globally, a sector considered systemically important in countries including Saudi Arabia, Qatar and Malaysia.

KUALA LUMPUR: Bank Islam Malaysia Bhd is aiming to increase financing activities for infrastructure projects as it seeks to boost corporate business contribution from the current 24% to 30% of its revenue.

Yesterday, the bank signed a financing agreement for the construction of a 14MW mini hydroelectric power plant for Kerian Energy Sdn Bhd in Perak.

Bank Islam, the lead arranger, has raised RM121.44mil through syndicated Islamic financing facilities to finance construction of the plant, with Malaysia Debt Ventures Bhd as the co-financier.

On another note, Zukri said Bank Islam would not embark on any mergers and acquisitions (M&As) at the moment.

“Bank Islam is focusing on organic growth. There will be no M&As in the near future,” he said, adding that the bank remained on track to achieve its target of operating 150 branches nationwide by the end of the year.

On a net basis, the NPL is negative, which is an industry low. This is largely because the bank had already provided for bad debts allowing for such a low figure.

For this year, he said the bank had set a more conservative target of a 15% financing-to-debt ratio growth in light of uncertainties in the economy.