.
According to KEuro’s filing to Bursa Malaysia on Tuesday, WCE has also agreed on a guaranteed Sukuk Murabahah programme with Bank Pembangunan Malaysia Bhd and RHB Investment Bank Bhd for a RM1bil Islamic medium term notes, to be guaranteed by Bank Pembangunan Malaysia Bhd and Danajamin Nasional Bhd pursuant to a Kafalah facility.
WCE said the remaining RM1.6bil of the fund needed for the project would be sourced via equity financing from its shareholders, namely KEuro and Road Builder (M) Holdings Bhd.
“In line with general market practice of greenfield project finance, both shareholders also will take up each other’s required capital contribution in order to ensure there are no funding shortfall to complete the project,” it said.
The West Coast Expressway project is an unincorporated joint venture (JV) between KEuro and IJM Construction Sdn Bhd on a 30:70 basis to govern their relationship as JV partners to secure the construction works from the project.
The JV will undertake the 233km of tolled highway from Banting in Selangor to Taiping as the turnkey/engineering, procurement and construction contractor. Construction will span five years.
The low-key KEuro came into focus after it signed a deal to sell 900 million Talam Transform Bhd 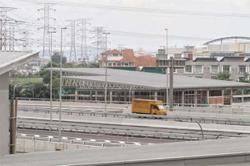