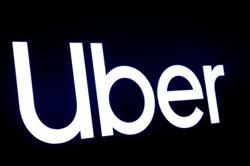 WATCHING silently at the back of Uber’s press conference in George Town is a senior Penang official from the Tourism and Culture Ministry recently.

“I am tempted to work with them, but I am worried. Uber drivers aren’t regulated by the Land Public Transport Commission (SPAD),” the official whispers when approached.

Yes. Uber is launched in Penang. The first Uber car started plying on the island since May.

The official is interested to see if there is a chance Uber could help augment the state’s tourism industry.

The official is curious about a chance for collaboration that would benefit state tourism.

But he is at odds with himself. Officially, it is hard for him to start talks with Uber.

SPAD’s public stand is that Uber is an illegal taxi service and has seized 80 such cars between October and May, the majority of which were Uber cars.

“We’ve sat down with SPAD many times. I think the tone in the discussions has changed. I think SPAD is beginning to have a better understanding of how Uber works and we are getting somewhere,” he says.

Chan, who is Korean American, points out that Uber is now legal in the Philippines.

“We had many rounds of discussions with the country’s Secretary of Transportation to legitimise Uber.

“We want to be regulated in every region. But using transportation laws developed decades ago to regulate Uber is like trying to fit a round peg into a square hole. It won’t work.”

The company is reticent about giving figures, but as an indication of how many Uber “partner drivers” there are on the island now, South Asia communications lead Karun Arya calls up the app on his phone during the interview in George Town.

His phone shows eight Uber cars within 2.5 km, and if he needs one right then, the app estimates his waiting time at under a minute.

As another sign of Uber’s pervasiveness in Kuala Lumpur, where it first set foot in Malaysia, Karun reveals that the average waiting time for a car has gone down from 18 minutes to just seven.

So, who in Penang have been signing up as Uber partner drivers?

“And a lot of retrenched Malaysia Airlines workers have joined too,” Karun says.

He does not elaborate beyond saying there are several hundred thousand Uber rides a day in Malaysia now.

Uber is a smartphone app that connects passengers to drivers. Launched in San Francisco in 2010, it is now in 315 cities in 58 countries.

“We are not competing with public taxis. We are competing with car ownership and developing such a convenient and efficient ride-sharing model that we can ease traffic congestion worldwide,” says Chan.

“I think it is one of those illegal online taxi services. The Government needs to prevent such services from being set up,” he says.