IN an environment where oil prices have almost halved to the US$60 level compared to last year and the oil and gas (O&G) sector has lost some of its gloss, it takes guts to embark on becoming a full-fledged O&G service provider.

, the property investment company once known as Perduren Holdings Bhd.

“That’s how much we love our mothers! Kamal and Mazlin are going to rock O&G,” says Mazlin.

“My family was surprised to see me starting something new at this age. Well, this is going to be my last hurrah,” says Mazlin, the flamboyant 53-year-old former president and CEO of Daya Materials Bhd

When asked why he had left Daya so suddenly last June, Mazlin says there was simply a “divergence in shareholders’ aspirations”. Major stakeholder: Kamaluddin has an indirect interest of 33% in Enra.

“I became president of Enra on June 1. During the last one year, I was a passive investor. I was also looking for opportunities in this low oil price environment. That was how Enra came about,” he says.

“People may say that O&G is not the flavour of the month anymore and that we are going against the trend. Yes, but I think we need to be longer term in our view. At the end of the day, there is no substitute for fossil fuel for a long time to come. It is during this crisis that opportunities arise and we can acquire assets at better valuations,” says Mazlin.

It is with the languishing oil situation that Enra’s tagline will be to provide affordable solutions under a low oil price environment.

“Most operators are operating with a US$100 cost structure. Enra is coming from Ground Zero. We have no massive infrastructure cost or huge overheads to impede us. We will be very nimble in our operations,” he says.

Mazlin says Enra is looking to explore two segments in O&G. First, it would like to create a niche in subsea and subsurface development services. Secondly, it is looking to provide these services for for small-field developments.

All four companies are dormant, each with an authorised share capital of RM400,000.

The plan is to eventually inject its new assets into these shelf companies.

Enra will come into some money as it is completing the disposal of four investment properties, which will enrich the company by some RM80mil.

“Yes, we will have to double our earnings every year to achieve that target. We will also need to grow via mergers and acquisitions,” he says.

Thus, while Perduren is technically still a property company, it is obvious from its recent board shake-up that O&G will soon be its core business.

The board of Enra is almost all-star.

Chief among them is Petroliam Nasional Bhd’s (Petronas) ex-president and CEO Tan Sri Shamsul Azhar Abbas, who is joining the board as senior independent non-executive director.

Kamaluddin has been redesignated executive deputy chairman, while Mazlin is president of Enra.

Last December, a group led by Kamaluddin and Mazlin took control of Perduren after they acquired 93.5 million shares or 69.3% in the company.

Kamaluddin and Mazlin had acquired the shares in Perduren via a direct business transaction from its major shareholder Tan Sri Law Tien Seng.

Mazlin says he has known both Shamsul and Anuar for more than 30 years. Anuar was, in fact, Mazlin’s senior in Malay College Kuala Kangsar.

“I asked Shamsul to join our board over lunch. Shamsul and Anuar are both my old friends. They have a combined experience of 80 years in the industry. With the two of them on board, I would say we have one of the strongest boards for O&G,” says Mazlin.

“I told them that I would like them to join our board not for lobbying, but only for guidance and to ensure we make the correct investment decisions. We just want their guidance to ensure we avoid the minefields in the industry. This is because we cannot afford to make mistakes,” he says.

Mazlin adds that from the first nine-hour board meeting they had on Monday, the high-profile directors were already imposing very high standards on accountability and compliance issues.

“They are making us work very hard to get our proposals approved. So far, we are subject to more due diligence and compliance before we can get pass our directors,” says Mazlin.

Kamaluddin is still a substantial shareholder of Scomi Group with an 11% stake via Kaspadu Sdn Bhd.

For the fourth quarter to March 31, 2015, Enra’s net profit was almost unchanged at RM3.03mil from RM3.07mil in the same quarter of the previous year. 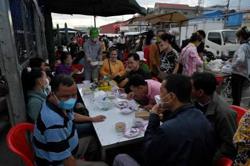 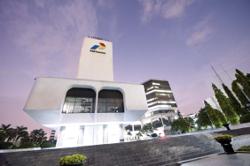