Zanganeh says it is up to other Opec members to make way for any extra Iranian crude that reaches world markets if Western sanctions on Tehran are lifted. — AFP

BEIJING: Opec’s strategy of holding output steady is not working and the group’s members should discuss production levels before its next meeting in June, Iran’s oil minister said, a sign of the pain lower prices are causing the cartel’s less wealthy producers.

However, Bijan Zanganeh also told Reuters that it was up to other members of the Organisation of Petroleum Exporting Countries (Opec) to make way for any extra Iranian crude that reaches world markets if Western sanctions on Tehran are lifted.

Oil prices have halved from the US$115-a-barrel level hit last June, in a drop that deepened after Opec refused to cut output, choosing instead to defend market share. Top exporter Saudi Arabia was the driving force behind the policy shift.

“It seems (Opec’s strategy of not cutting output) does not work well, because prices are coming down,” Zanganeh told Reuters on Thursday during a visit to Beijing. “We haven’t witnessed stable situations on the market.”

Iran was among the Opec members that wanted an output cut at Opec’s last meeting in November. But the Gulf Opec members, who account for more than half of the group’s output, refused to cut without the participation of non-Opec producers.

Opec, which pumps one third of the world’s oil, may soon have to deal with an increase in supply from Iran if Western sanctions over its nuclear programme are lifted.

The group would be able to “coordinate itself” to accommodate Iran’s return without causing a price crash, said Zanganeh, who was making his first visit to Beijing since taking on his current role two years ago.

But so far there is no sign of any willingness of other Opec members to cut supply. Days after the announcement of Iran’s framework nuclear deal with world powers, Saudi Arabia said it had increased production.

Opec’s next meeting is on June 5. Speaking in Riyadh on Thursday, an adviser to Saudi Arabia’s oil minister said it was too soon to say what Opec would do.

Kuwait, however, has said Opec will hold its course when it meets, a view expected to be the position of the other Gulf Opec members.

Iran, once Opec’s second largest producer after Saudi Arabia, hopes to boost exports by as much as one million barrels per day (bpd) in just two months if there is a final agreement with world powers on its nuclear programme and sanctions are lifted.

The Iranian minister arrived in Beijing just a week after Tehran and the world powers reached the framework nuclear deal to discuss oil sales and Chinese investments in Iran.

Higher sales to China, Iran’s biggest oil client and trade partner, would likely be on the cards with an end to sanctions. Iran also hopes to resolve differences with Chinese energy firms on oil and gas projects in the Islamic republic, so that output can be ramped up again quickly.

Iran’s oil exports have been cut to around 1.1 million bpd from at least 2.2 million bpd before 2012 and the loss of oil income has made it difficult to invest and pay for the equipment and services needed to keep its production operating smoothly. — Reuters 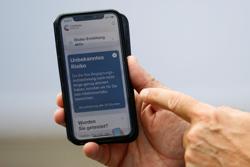