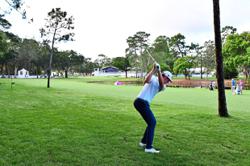 The research house said that AAX had taken initiative to strengthen its charter and wet leases businesses to help improve its revenue.

In the financial year 2014 (FY14), the group’s charters and wet leases income was three times higher than in FY13, which mitigated lower income from scheduled flights.

PublicInvest said that AAX was currently in the midst of streamlining its costs by merging group operations and engineering within the AirAsia Group, terminating loss-making routes, namely Adelaide and Nagoya.

It has maintained a “neutral” call on AAX with a lower target price of 54 sen from 69 sen previously as it roll over discounted cashflow valuation and adjust the fleet size accordingly for FY15 and FY16 as most aircraft deliveries would be deployed to its associates – Thai AirAsia X and Indonesia AirAsia X.

On AAX proposed rights issue to raise up RM395mil, PublicInvest said that at the current low share price level, shareholders were likely to subscribe to the rights issue to avoid any dilution of shareholding percentage.

Evergreen’s earnings have been deteriorating since 2012, recording seven consecutive quarters of net losses.

HLIB said Evergreen had undergone a series of internal restructuring activities, including writing off concession cost, broadening of customer base, and plant enhancements, as well as favourable external factors (in particularly lower log and adhesive prices, and a stronger US dollar), which has seen Evergreen’s performance improving and turning profitable since the third quarter of last year.

HLIB believes that the strong share price performance has yet to fully reflect its true fundamentals. It expects Evergreen’s earnings prospects to remain bright in the near to medium term, underpinned by several factors, including management’s ongoing efforts to improve operational efficiencies. Financial performance will only be gradually reflected in the next one to two years.

It added that strong US dollar was beneficial to Evergreen’s bottomline as it derived 65% to 70% of its revenue from export sales.

HLIB estimates Evergreen’s net profit in 2015 to multiply from RM200,000 in 2014, to RM64.3mil and RM86.3mil in 2015 and 2016 respectively, underpinned by higher selling prices, higher sales mix of value added products, which yield better profit margins and management’s ongoing efforts in streamlining its operations.

MIDF Research has initiated coverage on Petronas Dagangan Bhd (PetDag) with a “neutral recommendation and do not expect the current share price to maintain at its current level.

It added that PetDag share prices would be “more comfortable” with a target valuation in the range of RM17.47 per share.

Notably, PetDag is the largest retail and commercial fuel supplier in Malaysia with more than 1,000 stations nationwide.

MIDF said among the key attributes to PetDag were the company’s largest number of petrol stations nationwide and a neutral outlook with a positive bias on automotive and aviation sector. It is also a dividend-play stock. 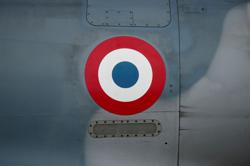