Malakoff set to make a comeback

THE country’s largest independent power producer (IPP) Malakoff Corp Bhd is back to delight investors, at least for some who have been waiting for its return. After all, Malakoff will likely be the largest initial public offering (IPO) in Malaysia this year.

Sources say Malakoff has priced its IPO slightly lower than its full value.

According to a circular to shareholders of MMC Corp Bhd

, Malakoff’s parent company, the latter is being floated at an indicative price of RM1.80 per share, valuing the company at RM9bil.

However, insiders say that if market conditions were better, the issuer might have been able to push for a higher value of close to RM10bil.

“In light of market conditions and the performance of IPOs here and the region, the issuer has opted to leave something on the table for investors,” says a source.

Malakoff is offering a dividend payout ratio of at least 70% of profits and also has a growth story to attract investors. 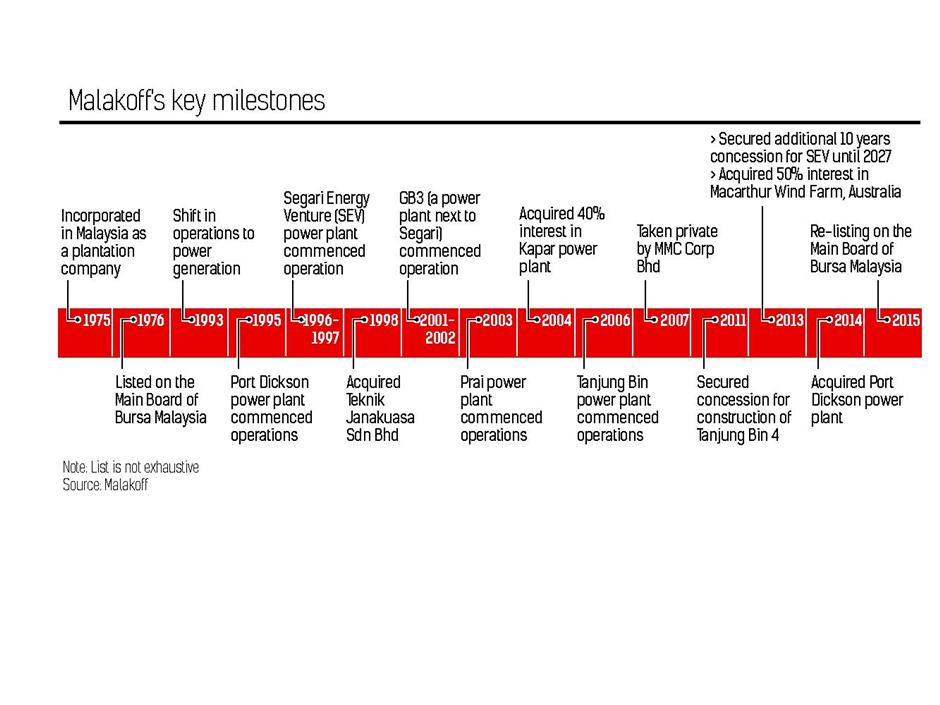 Based on the indicative offer price, Malakoff should be raising some RM3.5bil from its IPO. Its prospectus will be issued in mid-April.

The indicative offer price of RM1.80 works out to financial year 2016 (FY16) enterprise value-to-earnings before interest, taxes, depreciation and amortisation (EV/EBITDA) of 8.5 times, based on an EV of about RM24bil for Malakoff, bankers say.

Affin Hwang Capital Research says the indicative IPO price of RM1.80 per share is similar to the research house’s own initial IPO price estimate of RM1.89, which in turn was based on Malakoff’s draft prospectus released earlier.

“At RM1.80, this translates to a 21.4 times 2015 estimated price-earnings (PE) premised on our forecast of 8.4 sen in 2015 earnings per share (2015 estimated net profit forecast is RM419mil while the enlarged share capital is estimated to be 5 billion shares),” Affin Hwang says in its report.

In its report, Affin Hwang says unless its earnings estimate for Malakoff is too conservative, this suggests that MMC may be using gas-related companies such as Petronas Gas Bhd

(23.6 times 2015 estimated PE) for valuation benchmarking instead of TNB.

One fund manager has put down a market value of RM10bil for Malakoff, after taking into account the earnings from the soon-to-be commissioned Tanjung Bin 4 power plant in Johor.

He says the indicative IPO price, while decent and providing upside for investors, only values Malakoff at a forward PE of 12 to 13 times earnings.

To recap, in May 2006, MMC had announced its intention to acquire all of Malakoff’s assets (other than cash) and liabilities for a total cash consideration of RM9.3bil, giving Malakoff a price of RM10.35 per share or an enterprise value of RM16.8bil. Malakoff was subsequently delisted in 2007.

Some might be wondering why Malakoff is making a comeback with the same valuation when it was privatised in 2006. Industry observers believe that the privatisation then was slightly overvalued at an EV/EBITDA of 13 times.

Some analysts note that concession business has a certain expiry date and thus cannot be compared to the past, given that 10 years ago Malakoff plants would have had a longer concession period than today.

However, the Employees Provident Fund (EPF) and Kumpulan Wang Persaraan cannot participate in the exercise as both are current shareholders of Malakoff, holding a 30% and 10% stake respectively.

Malakoff is also targeting to pay investors a higher-than-average dividend. According to its draft prospectus, Malakoff is looking at a payout ratio of not less than 70% of its consolidated profit attributable to the equity holders under the Malaysian Financial Reporting Standards, beginning Jan 1, 2015.

Sources also point out that Malakoff offers investors a growth story as the company acquires new assets and bids for greenfield projects.

However, a banker explains that the debts are tied to the respective power plants and that the cashflows from these assets are more than sufficient to meet the debt obligations.

Furthermore, the bulk of the money to be raised from Malakoff’s listing will be used to repay its borrowings.

For its IPO, Malakoff will be issuing 1.52 billion shares or 30.4% of the company’s enlarged paid-up capital. Of the 1.52 billion shares, one billion will be new shares while the balance 520,000 are existing shares being offered for sale.

MMC’s stake in Malakoff will be reduced to 37.8% after the latter’s listing.

Since its privatisation, Malakoff has been growing its stable of assets and expanded into international water production and the renewable energy business. The IPO will see the inclusion of several new assets under its stable including Port Dickson Power Plant, Macarthur Wind Farm in Australia and Al Hidd IWPP in Bahrain.

Malakoff is also currently constructing the 1,000MW coal-fired Tanjung Bin 4, which would be its seventh power plant in Malaysia. The plant is scheduled to be completed next year.

Despite claims that Tanjung Bin 4 has been delayed, a source close to the company says the plant will not be delayed and will “come on stream without cost overruns”.

“The issue happened in 2012 and since then they have catched up in terms of progress. In 2012, they had to reinforce certain piling due to soil movement but it is not a concern now.

“As for the boiler issue, it was with Malakoff’s Tanjung Bin 2,100MW power plant. That plant faced some problems when its boilers and boiler tubes leaked but it is resolved now,” the source says.

Malakoff started off as a plantation-based company when it was incorporated in October 1975. It shifted to the power sector in October 1993 after it disposed of its plantation assets.

Currently, Malakoff is the largest IPP in Malaysia and South-East Asia in terms of generation capacity. It has a sizeable portfolio of power generation assets in Malaysia, the MENA (Middle East and North Africa) region and Australia, according to Frost & Sullivan.

The market research company notes that Malakoff’s domestic effective power generation capacity from six power plants, of which five are majority-owned by its subsidiaries and one is owned by its associate, is about 5,346MW. This represents 24.9% of Peninsular Malaysia’s total installed capacity.

On the international front, Malakoff owns a net capacity of about 690MW of power production and 358,850 cu m per day of water desalination facility.

Analysts say Malakoff presents a good opportunity for investors looking to invest in an IPP.

They say the uncertainty of 1Malaysia Development Bhd’s (1MDB) listing of its energy unit, Edra Global Energy Bhd, which has been postponed several times, also makes Malakoff a stronger listing candidate among the two IPPs.

For the financial year ended Dec 31, 2014, Malakoff posted a net profit of RM412.8mil on a revenue of RM5.59bil. About 96.6% of Malakoff’s revenue was derived from customers in Malaysia while the remaining 3.4% was from abroad.Maybank Investment Bank Bhd is the principal adviser for the listing. 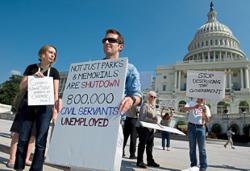