Jentayu snubbed by Khazanah on offer to buy airlines

PETALING JAYA: Officials of Jentayu Danaraksa Sdn Bhd are disappointed that Khazanah Nasional Bhd cancelled a scheduled appointment with them, dashing their plan that could save 6,000 jobs at Malaysia Airlines (MAS).

Despite the cancellation, Jentayu officials are hopeful Khazanah will give them another appointment to hear their plan to help MAS and save the 6,000 jobs that are expected to be axed under the Khazanah plan.

“We are disappointed that until today we had no chance to explain our new proposal in detail and therefore the fate of the 6,000 MAS employees is still at stake,” Jentayu managing director Feriz Omar(pic) said in a phone call yesterday.

Asked the reason for the cancellation, he said: “I don’t know.”

He added that no new date had been fixed.

But sources close to Khazanah said the investment agency asked for the meeting to be postponed until further notice.

“Khazanah is apparently unhappy that Jentayu had released information of its new plan to the public ahead of the scheduled meeting; hence that could have been the reason why it decided not to go ahead with the meeting,” the source said.

Despite failing to meet Khazanah officials yesterday, Jentayu sent two copies of its proposal to Khazanah in the hope that an appointment could be arranged after the latter viewed its proposal.

“We are waiting anxiously for their response,” Feriz said.

A Jentayu official sent a text message to the media yesterday saying that “at the request of Khazanah, our meeting to discuss Jentayu’s complementary proposal to rescue 6,000 MAS workers has been cancelled.”

The meeting was originally planned for 5pm yesterday.

On Monday, Jentayu revealed its proposal to buy Penerbangan Malaysia Bhd (PMB) for up to RM8.75bil and turn the company into a global aircraft leasing firm which will be renamed JD Leasing. It also had plans to set up a commercial airline, Fly JD, with premium economy offerings to ply Asean routes but stressed that it would not cannibalise routes plied by MAS.

Under the proposal, Jentayu plans to pay up to RM5.25bil to buy over MAS aircraft via a sale and leaseback arrangement and also undertake to refinance the RM3.5bil bond issue by PMB which is due in 2016.

A day before Monday’s press conference, Jentayu uploaded a brief eight-point plan on its official Facebook page as well as the Facebook page of Feriz.

PMB was set up as part of the widespread asset unbundling exercise in 2002, a year after the Government bought back the airline from tycoon Tan Sri Tajuddin Ramli. But PMB transferred all its MAS shares to Khazanah before the share swap with AIRASIA BHD

two years ago. MAS had been in the red for some years now and suffered two unprecedented air disasters this year whereby it lost two aircraft with 537 people on board.

Subsequent to that, Khazanah came up with a 12-point plan to revive the airline. It included setting up a new company called MAS Bhd, axing 6,000 jobs and injecting RM6bil cash into the airline. The old MAS will be delisted soon and Christoph Mueller has been appointed CEO of the new MAS.

Jentayu previously submitted a proposal to buy MAS’ lucrative assets, namely Firefly, MAS MRO (maintenance, repair and overhaul) and Khazanah’s PMB. But after meeting Khazanah officials on that plan, it fine-tuned its proposal to focus on JD Leasing and Fly JD.

Jentayu’s proposal is not the only plan Khazanah has received. In its statement on Nov 30, Khazanah said many parties had submitted proposals for MAS. As per its operating processes and procedures, only credible proposals are evaluated and assessed, in a process that, if they qualify, will be ultimately tabled to the board of directors of Khazanah, or if appropriate, channelled to the management and board of directors of MAS. 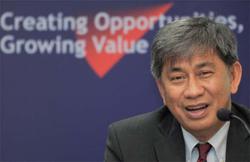 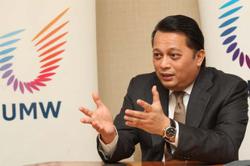