Ten reasons why you should invest in Iskandar

If you're looking to invest, then the fast-growing Iskandar Malaysia is one area that you must consider.

KUALA LUMPUR: Iskandar Malaysia, officially launched in 2006, covers an area of 2,217 sq km (roughly three times the size of Singapore). Upon launching its total population was 1,350,000 habitants, of which total work force was 610,000 heads.

Khazanah Nasional has drawn a 25-year Comprehensive Development Plan (CDP, available on line at the IRDA web site) covering all the multifaceted aspects of developing a new economic growth region. As at December 2013 the Iskandar Malaysia population showed a head count of 1,880,000, of which 750,000 was the total workforce. 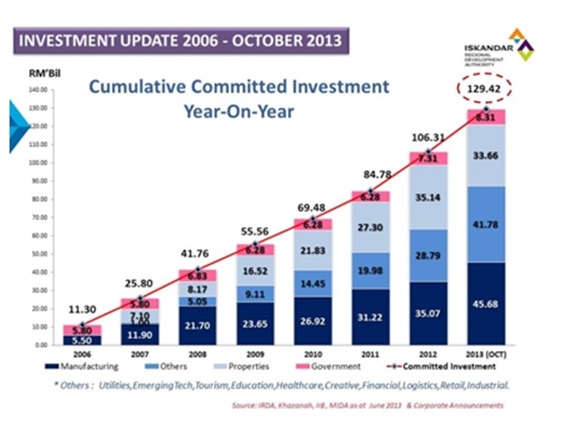 Here are the 10 reasons to buy the Iskandar Malaysia Economic Development idea:

1) The CDP has been defining all the possible aspects of economic development and acts as a master plan of the whole economic development. The manufacturing and services sectors are the drivers justifying the population growth projection (3,000,000 by 2025 with 1,500,000 work force)

2) Economic development has been given the priority as without FDI and local manufacturing/services investment, there cannot be future development of the region. As at December 2013, IRDA has achieved RM133bil, of which 45% is already realised. 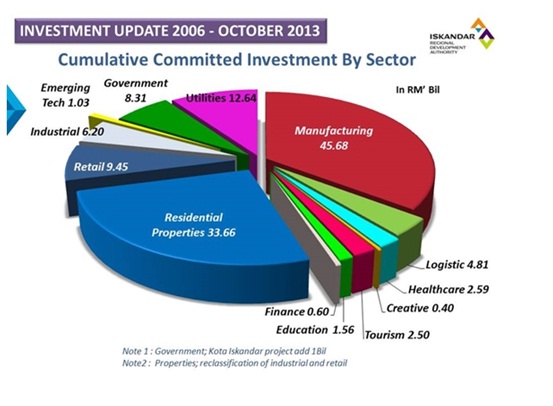 3) The nine pre-defined economic clusters are all respecting the given timetable and some of them are even anticipating it.

4) Federal and State Government and authorities have been completing a general improvement and upgrading of all the infrastructures (road, water reticulation, power distribution and so on) before the actual property development even started.

5) Singapore needs future expansion for its manufacturing and productive sectors, and Iskandar Malaysia is the perfect location for it. Drivers for the Singaporean decision to invest in Iskandar Malaysia are the low cost of industrial space, both rented and built, low cost of labour, low cost of properties in general, ease of accessibility (two bridges are offering alternative routes to access Iskandar Malaysia), friendly “doing business” environment, and the willingness to improve on the Malaysian side.

6) Even though Singapore can be looked at as one of the main driver for the Iskandar Malaysia  economic development success, local investment still represents the greatest part (65%) of the total RM133bil of committed investment as at December 2014.

7) Johor has been seeing the highest increase of the per capita income during the last four years (2009-2012 = +33%) compared to the rest of Malaysia. This is raising the average value of affordable houses by almost 25%, and the projection is for it to be on par with Selangor in the range of RM38,000/40,000 average per capita income by or before the next three years. 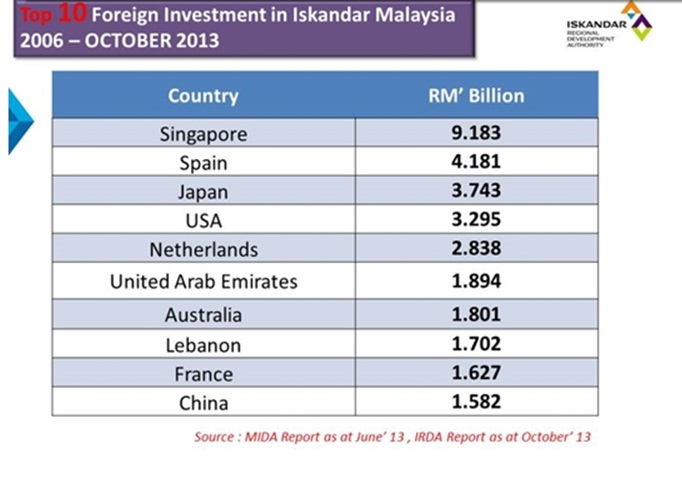 8) Malaysia is the only country in the whole SEA region where foreigners are allowed to buy freehold real estate properties (residential, commercial, industrial and land) without particular restrictions (currently there is only a RM1,000,000 threshold and a consent letter to be released by the local authorities).

9) Even though valid for Malaysia as a whole, we are still a country where properties have the lowest cost compared to all our regional neighbours.

10) Iskandar Malaysia is one of the Malaysian states where the current demand of houses with values between RM250 and RM600 psf is mostly unsatisfied.