is slowly moving away from manufacturing to construction and property development.

He declined to reveal its tenderbook but noted that “the number is big”.

“As we focus more on construction, we will always be on the look out for our orderbook replenishment,” he told StarBiz in an interview.

Zulkarnin said its 60%-owned construction outfit SPAZ Sdn Bhd had unbilled contracts worth about RM250mil that could last for three years.

The company came under investor radar when it announced that it was a member of a consortium to bid for the superstructure of the multi-billion ringgit Warisan Merdeka.

He added that the pre-qualification results for the 118-storey building should be known next month and construction work should start latest by next year, as completion of the project was expected in 2018.

“We are confident with our bid and believe that everyone has an equal chance (of winning the contract),” he said.

Some quarters are sceptical of Seacera’s capabilities as its core business is tile manufacturing.

The memorandum of understanding (MoU) that was signed in early June stated that Sinohydro and SCG have a 60% stake while Seacera and SPAZ have 40%.

He said its directors had experience in construction and property development.

Notably, Zulkarnin had a stint as senior finance manager with property firm Furqan Business Organisation Bhd before he joined Seacera in 2005.

The 41-year-old is also Seacera’s single-largest shareholder, owning over 20% in the company.

Bloomberg data showed that he has increased his stake from over 5 million Seacera shares in 2011 to over 40 million shares to-date. He said he accumulated shares in the company over time.

On the other hand, lubricant oil, diesel and fuel oil trader Utusan Mewah Sdn Bhd become a substantial shareholder after acquiring 10.5 million shares via a private placement in early June.

As for its property development unit, Seacera has 500 acres in Sungai Long that it planned to develop into a self-contained township.

Zulkarnin said the gross development value of the parcel was RM3bil conservatively and that the land price had more than doubled since it bought the land in 2009.

Meanwhile, the company has set aside some RM50mil to relocate its tile manufacturing plant to Kamunting, Perak, which will see its production capacity quadruple.

“The first phase of the factory will be at least twice our current production capacity of 6,000 sq m currently,” Zulkarnin said.

He said there was no tile factory in the Perak for the time being and that the northern region was its second-largest market after the central region.

“As we increase the (production) volume, we expect to reduce cost that will translate into better margins,” he added.

He expects the new production line to be commissioned in end-2015. 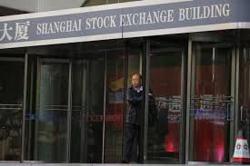